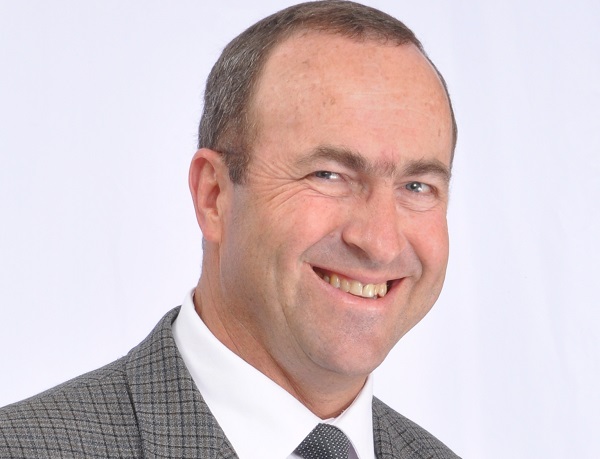 The world as we know it is being shaped and changed by a set of megatrends that leading analyst firm Gartner calls the “Nexus of Forces”. Social, mobile, cloud and big data have revolutionised the way people communicate, interact and live their lives.

The notion of “always-on” and pervasive access using global enterprise-class technologies in a world that generates more data than ever before has caused a fundamental and disruptive shift. As a result, the Nexus of Forces has also changed the business world – in order to remain competitive, organisations need to keep up to speed with their customers.

Adding to this complexity, the Nexus of Forces is colliding with the Internet of Things (IoT), arguably a fifth megatrend that is once again reshaping the world, consumer behaviour and the business space. Competitiveness today requires organisations to develop a new strategy, a digital strategy that will enable them to create businesses based on digital assets.

The megatrends of cloud, mobility, social networking and big data together act as a foundation for the connectedness of practically everything, creating a new world where the end-user has unprecedented control. None of these megatrends included in the term Nexus of Forces operates in isolation. For example, social media as a phenomenon is offered as a cloud service, it is not able to exist without the connectedness that mobility enables, or the back-end magic that is happening when consumer behaviour (while using social media) is analysed and which in turn drives marketing spend, advertising and eventually business which happens in traditional and e-commerce market places. The collective impact of these trends is something that businesses need to take cognisance of or risk becoming irrelevant in the future.

The way in which people communicate, socialise and work are directly influenced by these forces, and these forces are also influenced by the way people conduct their lives. Ultimately, these people lie at the heart of the business world. From end user customers to employees, the Nexus of Forces is shaping not only the consumer market, but the business space as well. The business world needs, therefore, to take heed of the changes and adapt accordingly. More and more businesses understand that customer interaction, service delivery, commerce, sales and marketing are increasingly shaped by these new drivers. Businesses that remain in the old paradigm are bound to lose out and eventually disappear.

Driven by the collective impact of the cloud, mobility, social and big data, the IoT has emerged, facilitating so many transactions, interactions and influences that were previously not possible.  For example, it is now possible for a water utility to know where water is being lost due to leaks or theft. It is also possible for an electricity provider to understand how much, where and why electricity is stolen. And this is done without even having humans routinely involved, all using smart, connected devices that generate data that can be mined for intelligence and insight. The information generated by people, connected devices, social networking and so on – the IoT – is a digital asset of any business, and as such should be harnessed to drive competitive advantage. The ownership, utilisation and leveraging of digital assets are increasingly becoming differentiators that can help businesses to drive success, but achieving this requires a comprehensive digital strategy that describes effectively how to define, control, leverage, protect and develop digital assets.

When looking at developing a digital strategy, organisations need to examine how the trends that make up the Nexus of Forces influence their competitive environment and opportunity space, and how to capitalise on these. Critical to this is the deployment of enterprise-strength IT that is flexible and scalable enough to be capable of agility and of quickly meeting the demands of modern businesses while they are addressing the demands on the business posed by the Nexus of Forces. IT needs to be optimised in order to be cost effective and efficient to ensure that results are delivered in a competitive manner, as well as being of high quality to ensure that businesses achieve the desired results. In addition, IT must be agile in order to quickly adapt to meet changing demands and to avoid disastrous influences. In the digital world, this is required and essential to be able to survive.

Delivering optimised, effective, efficient and agile IT is often a significant challenge for organisations. It is essential that an executive-level understanding is cultivated of how the world has changed and how organisations must leverage their digital assets to become and remain competitive.  The executive responsible for marketing, strategy and IT is becoming one and the same person – the Chief Digital Officer.  He is responsible for enabling digital transformation and bringing these previously different areas of the business together to chase the new approach to market dominance and profitability.

Ultimately, a digital strategy is the blueprint for meeting the demands of the new world marketplace and for ensuring that the organisation makes money. IT is the new enabling asset that makes everything possible, and digital strategy defines how and when this happens. It is therefore essential in creating and maintaining competitiveness in a changing, digital world.