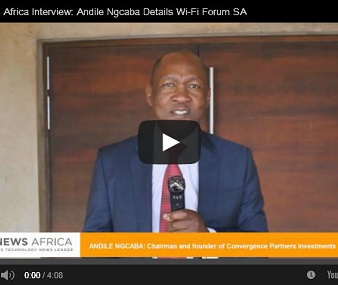 An inaugural conference of the Wi-Fi Forum of South Africa was held on 12 March 2015 in Johannesburg, officially establishing the Forum as an active player in the development of the country’s Wi-Fi sector. The association aims to represent the views of all stakeholders in the industry and serve as a platform for knowledge sharing and networking.

The Minister of Telecommunications and Postal Services, Dr Siyabonga Cwele, delivered the keynote at the event, which was attended by more than 200 delegates. He welcomed the formation of the Forum, requesting that it facilitates greater access to the Internet for all citizens and that it supports the growth and development of small businesses within the sector.

During his opening speech, Wi-Fi Forum SA Chairperson, Andile Ngcaba, stated: “This is truly an historic event – one that is significant for the future of large-scale deployment of Wi-Fi in South Africa. Thereby accelerating access as well as socio-economic development.’’

At the inaugural conference, IT News Africa obtained an exclusive video interview with Ngcaba. In the interview, Ngcaba details the purpose behind Wi-Fi Forum SA and also discusses what it expects to achieve by the year 2020. The video interview can be found below: