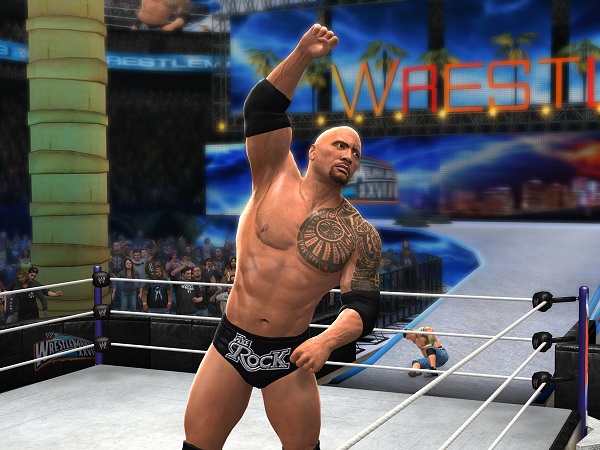 Commencing with the inaugural WrestleMania, the nostalgic journey takes players through more than 45 matches, including the legendary match between Hulk Hogan vs. Andre the Giant for the WWE Championship at WrestleMania 3; WWE 2K14 cover Superstar Dwayne “The Rock” Johnson vs. “Hollywood” Hulk Hogan in an “Icon vs. Icon” match at WrestleMania 18; and the much-anticipated WrestleMania 28 main event featuring The Rock vs. John Cena.

The 30 Years of WrestleMania Mode is inspired by the forthcoming WWE milestone – WrestleMania 30, scheduled for Sunday, April 6, 2014 at the Mercedes-Benz Superdome in New Orleans.

“For nearly three decades, WWE has inspired millions worldwide through the historic, cultural and undeniable phenomenon that is WrestleMania,” said Chris Snyder, Senior Director of Marketing at 2K. “Through the 30 Years of WrestleMania Mode in WWE 2K14, players can now relive their favorite nostalgic and recent WrestleMania moments – from an incredible roster to authentic presentation and match play – in a unique and engaging way.”