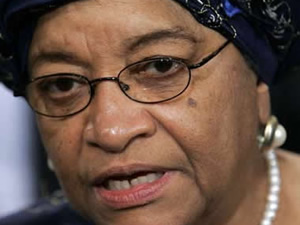 France Telecom has signed a $25 million dollar deal with the Liberian government for the connection of a submarine cable communications network in the country.
According to The Observer, the total cost of bringing the submarine cable communications broadband to Africa is approximately US$700 million dollars and several African countries including, Liberia, Democratic Republic of Congo, Equatorial Guinea, The Gambia, Guinea, Mauritania, Namibia, Sao Tome and Principe, and Sierra Leone have already signed to it.
Planning and Economic Affairs Minister, Amara Konneh, disclosed at a joint news conference in Monrovia on Thursday, June 17,2010, that France Telecom and the Government of Liberia signed the ACE cable project deal in Paris, France on June 5, 2010 during a visit to that country by President Ellen Johnson Sirleaf.
“If all goes as planned,” Minister Konneh said “communications in Liberia will no more be hampered by network problems as the network system will be protected from storms and thunders because it will be connected under the Atlantic Ocean.”
Regarded as ‘best-in-class’ telecommunication technology, the ACE connectivity will become a key driver of Africa’s social and economic growth and will be the first international submarine cable to also land in Nigeria, Cameroun, Niger, Angola, Benin, Ivory Coast, France, Gabon, Ghana, Mali, Portugal, Senegal, South Africa and Spain are also expected to benefit from this submarine project by France Telecom.
Under the deal, the Government of Liberia will own 37% shares, while Lonestar Cell will have 33%, Cellcom 10% and the Liberia Telecommunications Corporation (Libtelco), 20% respectively.
Liberia’s US$5 million chunk of the construction cost of the cable has already been settled by a grant provided by the World Bank.