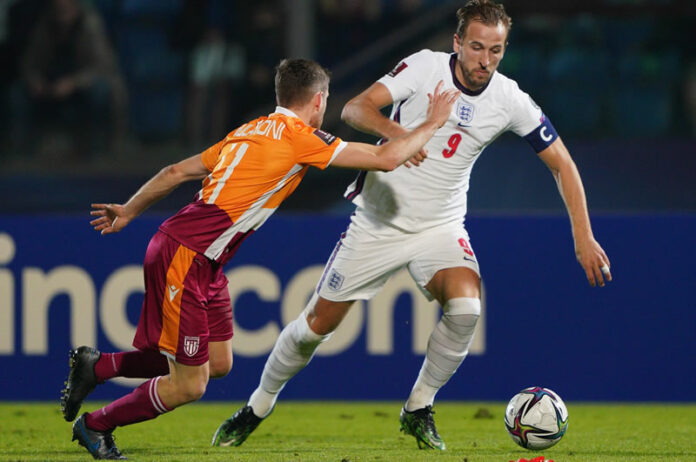 Showmax Pro will be broadcasting all 64 matches of the FIFA World Cup in QatarTM live. Better still, the coverage, courtesy of SuperSport, will be streamed in 4K, a first for Africa’s homegrown streaming service.
Reigning world champions France will be defending their title at the FIFA World Cup QatarTM, taking place from 20 November 2022 until the final on 18 December 2022. This is the first time the FIFA World Cup will be hosted in the Arab world. Cameroon, Ghana, Morocco, Senegal and Tunisia will be representing Africa.
“We built Showmax Pro with our football-mad continent in mind,” says Yolisa Phahle, CEO of Connected Video at MultiChoice. “We became the first streaming service in Africa to make mobile downloads possible for offline viewing and created the lowest data streaming option on the continent. Now we are gearing up for the world’s greatest sports spectacle, which deserves to be seen in the best quality possible, so we’re delighted to introduce 4K for the first time during the FIFA World Cup QatarTM. The 4K stream will have up to 50 frames per second (fps), double the standard 25fps we currently offer.”
The ultra-high-definition screen resolution that comes with 4K is 3840 by 2160 pixels. Most 4K devices have around 8 million pixels, meaning every moment of every match will be displayed in brilliant detail.
African viewers can, of course, choose the data streaming option that best suits them: in addition to the new 4K and High Definition (HD) options, there are Low, Data Saving and Max Data Saving modes that use just 300MB, 100MB and 50MB per hour respectively.
There are officially 40 days to go until the FIFA World Cup QatarTM. The Showmax Pro plan allows subscribers to register up to five devices – including smart TVs, media boxes and mobile devices – and stream simultaneously on two devices at the same time. Showmax Pro also offers a mobile-only plan that allows viewers to stream on a single mobile device.
One of the key differences when live streaming sport versus watching a dedicated television channel is how you consume matches. Rather than tuning into a specific channel, on Showmax Pro you can select specific matches and set reminders to watch. If you miss a game, highlights will be available to stream on demand.
We grilled Phahle on the details:
What will be available in 4K?
Phahle: All 64 games of the FIFA World Cup QatarTM. This will also be available in HD.
Will the matches be available in 4K and other resolutions?
Phahle: Yes, the 4K stream itself will go as low as 216p. The HD stream will have standard parameters (216p to 1080p).
What devices will this be available for?
Phahle: Smart TVs, AndroidTV, tvOS, Streama and Explora Ultra. The device itself has to be capable of 4K playback.
How much data will it use?
Phahle: 4K will use around 90MB per minute of streaming.
Does anyone do anything to activate it?
Phahle: There’s no need for any activation. 4K-capable TVs will have it available inside the player as an option.
Is it available everywhere?
Phahle: We are streaming the FIFA World Cup QatarTM across 50 countries in sub-Saharan Africa. It will not be available on our diaspora service.
Will 4K be available for the other leagues (such as the English Premier League) or for the Showmax entertainment library?
Phahle: Not yet. We’ll be analysing the impact of 4K usage from the FIFA World Cup QatarTM before confirming any additional rollouts.
Staff writer