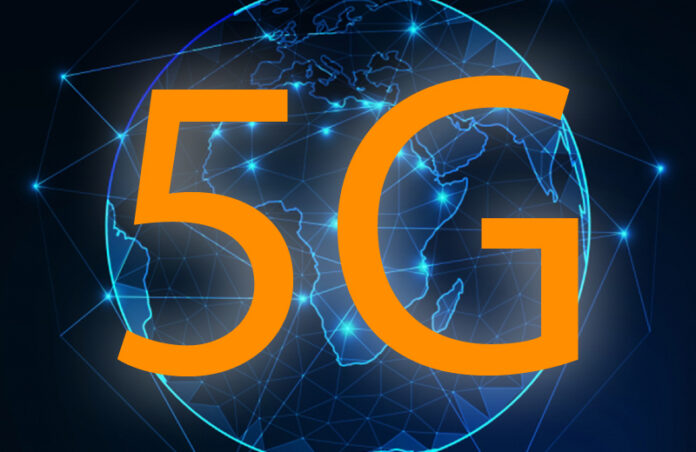 Many governments across Africa have been incredibly optimistic about technological advancements being the key to pull Africans from the developing space right into the developed.

One of these emerging technologies that have a lot of weight and emphasis pulled behind it is 5G. Certain analysts predict that 5G could add an additional $2.2-trillion to Africa’s economy by 2034.

However countries across the continent are struggling to launch the new technology due to either infrastructure challenges, adoption issues, the expensive nature of the technology and the devices needed to utilise it and even safety concerns around 5G.

Many African countries are currently testing 5G and a few have successfully launched the technology in a commercial nature.

These are the countries currently testing or are planning the launch of 5G services:

MTN Ghana announced last year that it plans to bring commercial 5G services to Ghana in 2023. Currently the telco is still endeavouring to cover the country in 4G technology and infrastructure having achieved 73% coverage of the country in recent years.

Uganda became the first East African country to begin testing the rolling out of 5G technology in January 2020, but the country has yet to commercially launch any 5G services to the public.

Senegal has been conducting 5G tests since November 2020 with Sonatel and Orange Senegal spearheading on the trials front in the Dakar region. Commercial 5G services have yet to launch though.

Africa’s largest economy and most populous country issued spectrum licenses for 5G services in March after years of back and forth negotiations. Now the country seems poised to launch its first commercial 5G services in August of this year, with the hopes of possessing Africa’s widest 5G network once it launches.

The islands of Mauritius are still waiting for commercial 5G deployment after the country’s government announced that 5G networks would be deployed to cover 4 zones in July 2021 via Mauritius Telecom.

The country of Madagascar launched its first commercial 5G network in July 2020 through Telma, following South Africa’s example. However just three weeks after the first announcements were made Madagascar’s Agency for Regulation of Technology and Communication ordered the telco to put its 5G plans on hold.

The country is still left waiting for 5G services.

The tiny country of Lesotho has faced a distinct back and forth when it comes to its commercial 5G rollout. In 2018, the Lesotho government gave Vodacom temporary spectrum to run trials with the technology.

As of yet the people of Lesotho are yet to enjoy any 5G services.

East Africa’s economic powerhouse has been testing 5G tech for over a year now, but subscribers in the country will still have to wait another year for commercial rollout until mobile operators in the country are issued spectrum licenses by the government.

Gabon has been testing 5G technology since 2019 but the country’s leading telco Gabon Telecom has yet to launch commercial 5G services. Currently, it is eyeing 2023 for commercial launch.

Orange Egypt received spectrum from the Egyptian government to begin testing 5G services and networks, along with the likes of Vodafone Egypt, Egypt Telecom and E& Egypt.

5G trials are still ongoing and Egyptians seemingly will have to continue to wait.

The 5 African Countries that have already rolled out Commercial 5G services:

South Africa was the continent’s earliest adopter of 5G services, rolling out the technology in 2020 on a temporary spectrum allocated to accomodate the massive move of the workforce to their homes during the height of the pandemic and subsequent lockdown. The telecoms to first launch the service were Rain, MTN and Vodacom.

In March 2022, South Africa raked in nearly $1-billion during a highly-awaited 5G spectrum auction marred in controversy and legal strife.

Zimbabwean telecom Econet announced in February that it had launched the country’s first 5G network. There are currently 10 active 5G sites situated in and around Harare, the country’s capital city.

The company has plans to activate 12 more 5G infrastructure sites in coming months.

Situated in the Indian Ocean, the islands of the Seychelles welcomed the launch of the fifth generation of mobile internet in November 2020, however many of the island’s inhabitants responded negatively to the launch claiming health concerns.

In 2021, however, six regions across the Seychelles are seeing internet speeds faster than 1.2Gbps from certain 5G providers.

On 25 February Botswana telecom Mascom launched 5G to the residents of Gaborone, the country’s capital. The rollout began with only 4 sites in the city, with plans to build 100 more stations by the end of 2022.

On 9 May Ethiopia announced that it was launching trials for its first 5G mobile network in its capital. The Horn of Africa country has recently begun expanding its telecom capabilities beyond its government-owned roots.

Earlier this month however, Ethio Telecom launched 5G services at a massive event filled with pomp and circumstance in Addis Ababa.