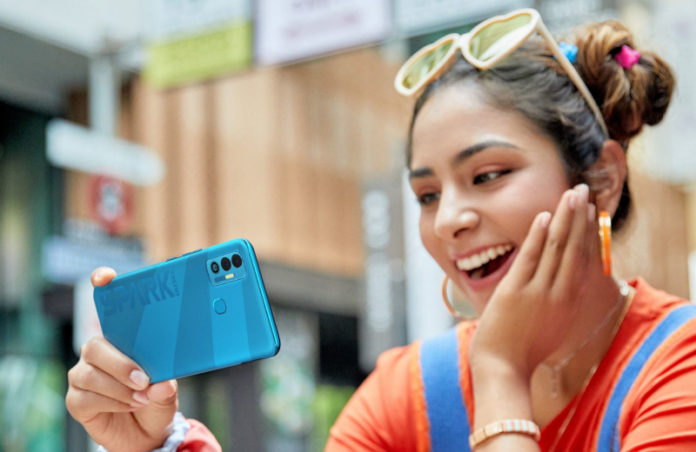 Smartphone cameras are no longer just the most convenient option – they are quickly becoming the best one, beating traditional digital cameras with computational power and innovation.

At the forefront of this smartphone camera innovation is Transsion-owned TECNO Mobile.

TECNO recently launched two new models in South Africa, the SPARK 7 Pro and the CAMON 17P, both of which produce sublime photographic and video content.

TECNO describes the CAMON 17P as the clearest selfie camera on the market.

The brand is determined to be a global leader in smartphone camera technology in 2022, and at a recent webinar, Global Mobile Camera Trends 2022, organised by Counterpoint Research, experts from TECNO, Samsung, and DXOMARK Image Labs, discussed some of the key trends we are likely to see in the coming year.

The OIS system stabilises the image or video by “shifting” the lens to counter the shakes.

According to Jimmy Hsu, TECNO’s Senior Product Manager: image technology, pre-2019 the trend was for OIS to be about one  degree of stabilisation. In 2021, standard stabilisation increased to three degrees thanks to pan-tilt OIS.

In 2022, TECNO aims to introduce the first Android phone with sensor shift.

Sensors with a high pixel count tend to capture more details from the scene. However, the size of pixels on such sensors is usually smaller. Smaller pixels means less light is captured, impacting image quality in darker environments.

Some manufacturers are now deploying an algorithm-driven technique called pixel binning that enables high-resolution sensors (with a small pixel size) to perform better in low-light conditions.

Phones are getting sleeker, but these aesthetics can be a technological challenge for manufacturers wanting to incorporate bulky telephoto lenses.

The solution is to offer continuous optical zoom, which will allow users to shift between different focal lengths smoothly. This requires precise movement of lenses within small spaces without affecting image quality.

Hsu predicts the market could see continuous optical zoom in the second half of 2022, allowing users to shift between 3x to 5x optical zoom.

According to Hsu, adding white pixels increases light sensitivity by 60%, which means the sensor should be able to absorb more light.

Smartphone manufacturers are also developing Glass+Plastic lens technology. Many smartphone lenses are constructed out of plastic, but introducing glass elements into the lens construction improves transmission of light.

Smartphone software is playing a more significant role in determining the final image or video quality of these portraits.

For portrait photography, the AI engine recognises and classifies different elements such as faces and hair colour to determine the subject’s age, gender, and skin tone. The photo is then optimised for better clarity, colour, and light, which helps with more accurate reproduction of darker skin tones – even in low-light environments.

With traditional photography, professional photographers use their experience and training to make adjustments that highlight not just the subject but also background scene elements. They also typically spend significant time in post-production that brings images to life.

Experts agree that these capabilities need to be provided in default mode.

That’s where AI-driven image processing comes in. According to Counterpoint Research’s whitepaper, AI is becoming advanced enough to recognise dynamic scene elements such as trees or sky in the background. Once identified, the image-processing system optimises their colour, contrast, and exposure. AI will also help interpret light information.

Photos with sharply rendered foreground and blurred background can make for a pleasing effect – especially while shooting portraits. However, to do this, the smartphone must recognise depth and subject edges.

With Time of Flight (ToF) and Dynamic Vision Sensors (DVS) improving, smartphones will get better at generating 3D models of the scene and detecting edges. This will allow for more precise measurements and offer users features such as enhanced and gradual blurring of backgrounds.

A more cutting-edge and affordable 2022

The advancements will not be defined just by cutting-edge features on pricey smartphones. It’s a win across budget tiers: the developments result not just in technological advancement, but also trickle-down premium features to smartphones in the low and medium price bands.