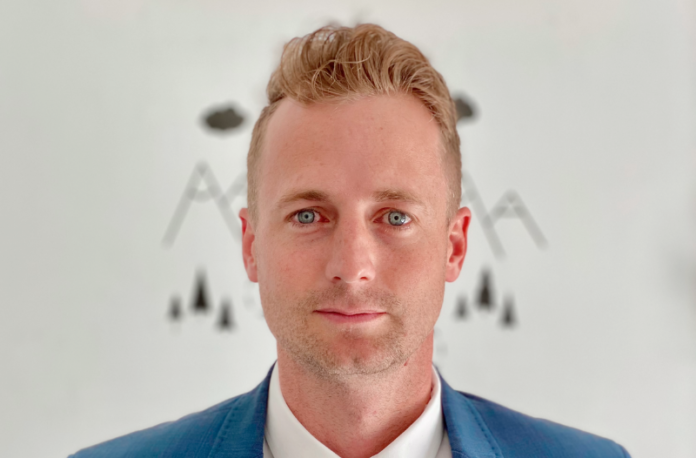 iOCO, the ICT services business of the JSE-listed EOH Group, has been chosen to assist a large financial services company in the implementation of its software-defined wide-area networking (SD-WAN) rollout. This has allowed the firm to take a bold move forward in its stated aim of building a network incorporating the ‘modernised branch of the future’.

“This new project with the financial services company has now allowed us to test the scope and breadth of the Fortinet solution, with truly impressive results. The top benefits that Fortinet’s Secure SD-WAN can provide for clients include the ability to intelligently manage bandwidth at their sites; stronger service level agreements through the multiple infrastructures; granular reporting; and the advantages of the zero-touch deployment.”

SD-WANs are extremely effective at enabling enterprises to communicate across multiple branches that are geographically widely dispersed. An SD-WAN is a virtual WAN architecture that allows enterprises to use any combination of transport services – including MPLS, LTE, DIA and broadband internet services – to connect users to their applications both locally and in the Cloud. The advantages of Secure SD-WAN allow a business to lower costs and reduce complexity while also ensuring network security and compliance. Fortinet’s Secure SD-WAN is based on the FortiGate next-generation firewall (NGFW) with integrated SD-WAN functionality.

Enabling the client’s ‘branch of the future’

“The project with our client began about a year ago, with the company’s desire to enable a network that would launch – and thereafter drive – its modernised branch of the future,” Van Rensburg explains. “The realities of digitally transforming the organisation were an important part of building the business, as well as defining its future strategy.

“As an organisation within the financial services space, security was of course a priority. Other must-have factors included reliability, cost-efficiencies, and scalability. Visibility and reporting were also extremely important: the client wanted to be able to see the network at the touch of a button.”

The right solution with the right team

Van Rensburg clarifies that the company needed to understand the options available in the market. “We did not want to present the client with only one SD-WAN offering, as we prefer instead to provide multiple offerings and consult to the client on what fits their business and forward strategy best. There were three vendors being considered, and some, like ourselves, had multiple options on the table. The client was therefore looking at four or five different SD-WAN solutions, which were whittled down to three, including iOCO’s recommendation.

“The remaining SD-WAN solutions under consideration were put forward and scrutinised under the same proof of concept (POC) parameters; however, these companies had a long history within the client’s network. We were, therefore, coming in as somewhat of an outsider on this particular project, although we did have our own pre-existing relationship of more than a decade with the client in other arenas.

“We made a solid commitment to this project and used a team of over 25 people in total, from those who were involved in various discussions, to the account management team, project managers and a number of other individuals playing various roles in between, including those who designed the solutions as well as the technical heads of various areas. Between the technical input, the reporting advantages, and the discussions around the commercial aspect, it became apparent, much like a puzzle being put together, that Fortinet was indeed the contender of choice.”

Van Rensburg reports that once the initial workshops had been held, a live test of the Fortinet solution was undertaken involving some of the users, namely the branch manager and staff members of a particular branch. He explains, “Multiple POC demonstrations were held at the branches with improved results across all, but the Fortinet POC sites showed significantly more improvement than the other sites. The Fortinet live test showed a further increase in functionality that could be managed and recorded on live dashboards. It was clear that SD-WAN and the functionality provided by the platform were not only showing tangible positive SLA results but, most importantly, the users onsite were experiencing a better working environment.

“Two physical links were used and, during this live demo, we purposefully dropped one of the links to show that there would be no impact to the network. The traffic switch-over was seamless, and branch employees did not lose any of their capability. Additionally, Fortinet’s visibility allowed the client to really see what was happening on the network, in real-time.

“We followed this up with similar tests at other branches, with the same excellent results. The test phase was a resoundingly positive part of the tender process, showing a tremendous improvement in productivity for the users where the Fortinet Secure SD-WAN solution had been implemented. The client’s ex-com team was receiving this positive feedback and could see the difference that the Secure SD-WAN solution was already making to productivity.”

According to Van Rensburg, the Fortinet commercial model was another factor in its favour. “Eventually, the tender process had become a two-horse race between iOCO and one of the other companies mentioned previously. Not only did our model tick all the other relevant boxes – as well as going significantly above and beyond the ‘call of duty’ – but our costs were also significantly lower.

“This was towards the end of the process, about a month or so before the final sign-off, and I believe that the cost-effectiveness helped to finalise the deal. The client was able to factor in all of its needs, both present and future, without having to incorporate additional components. This is certainly an advantage for companies looking to spread their capital investment over time.”

“Over 400 sites will be serviced by the Fortinet Secure SD-WAN solution,” says Van Rensburg, “and the client is very happy with the rollout so far, having already indicated  that there are other areas in which the solution could add value. We are pleased with this, because it enables us to help this financial organisation to expand on the investment that it has already made.

“Additionally, the localised support and training, including through our value-added distribution partner, Networks Unlimited, assists enormously. In-country resources are certainly a strong enabler of the Fortinet Secure SD-WAN solution set’s successful deployments and support – it makes a big difference that the teams that give us support are right here locally. We find that we have much quicker pricing and engineering support, for example, and this agility is so key to these engagements.”

He concludes by noting, “iOCO’s strong relationship focus and its willingness to engage were an integral part of this project. iOCO took the time to understand the client’s requirements, and then presented them with solutions in a way that made sense to their business model and strategic direction, including holding discussions as a consultative exercise and not as a presentation of products. This engagement is a  backbone to continue enabling the client’s specific vision of its branch of the future. This in itself is a further testimony to Fortinet, and another differentiation from other possible competing solutions.”