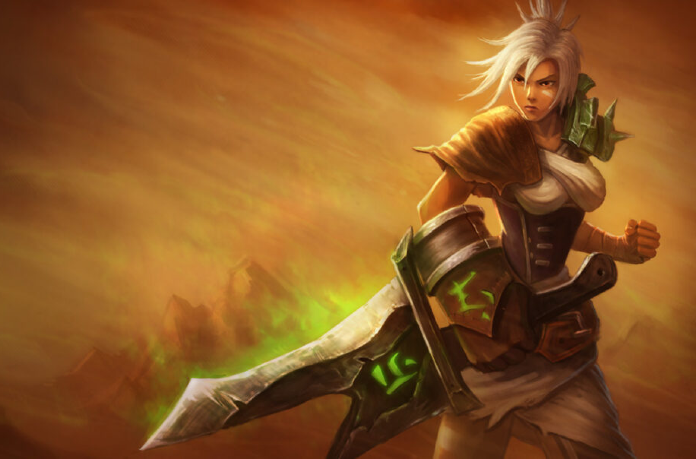 Like any MOBA, League of Legends (hereinafter referred to as LoL) consists of casual and professional players. Casual players play for their pleasure and rarely choose ranked matches. Professional players hone their skills in ranked matches, for which they receive special rewards. Besides, they have the opportunity to get noticed and become a part of a team for eSports competitions. To do this, one needs strategic skills and an understanding of the mechanics of all available champions.

As of February 2021, LoL has 154 characters. Each of them will have their unique play style and peculiarities of studying combat tactics. At the same time, most of the characters in the game mechanics may resemble more familiar LoL champions. This can be an opportunity to grasp strategy faster. Also, champions rated Easy or Medium are relatively easy for players to master.

The easy and medium champions are much more popular than the difficult ones. Sometimes, the popularity of difficult champions increases due to patches and balance tweaks. A similar story happened with Riven, as Champion Pick and Win Rate in Ranked Matches are on the rise. But not everyone who chooses her can immediately figure out how to play Riven and how to win with her.

Fear not. Today we will unveil the curtain on the path to your success.

Riven is a melee champion. In matches, her place is in the solo lane, better known as the top lane. Riven is a champion who will remind the player about Mortal Kombat because her main strategy depends on the combination of her attacks. Basic combinations and basic information that you cannot do without can be found in How to play Riven: Guide by Insider.Games. Our Riven Guide considers that the player already knows the basics of playing this champion.

Riven is a champion that depends on abilities and the sequence of their leveling. The recommended leveling order is as follows:

The most useful branches for Riven are Precision + Sorcery or Precision + Bravery. It is worth choosing the following runes:

Depending on the situation, you can replace some of the above runes with:

There are some things you never learn in the official general Riven guide. The advice does not apply to mechanics or strategy in the game. In at least one of the five matches, you can face teammates who will blame you for losing because you played poorly as Riven. The most important thing is not to pay attention to them and, if possible, turn off the chat so as not to be distracted by their accusations.

Victory in LoL very often depends on the correct itemization of the character. For Riven, the required artifacts are:

Then it all depends on what you need based on the champions of your opponents.

To increase damage, we recommend the following:

To increase protection, you will need:

Riven’s main disadvantage is her vulnerability to control abilities. To protect her Achilles’ Heel, we recommend adding the following artifacts:

If the enemy team has champions that deal with high physical damage along with the ability to control, we recommend choosing hybrid itemization like:

The correct choice of spells is the key to early aggressive play and victory. Flash is your must-have spell. Then everything depends on tactics. If you play as Riven with a focus on helping allies, then choose Teleport. If you focus on the aggressive start and lane pressure, then Ignite is necessary for you. Besides, Ignite will be very useful against characters who rely on healing.

In casual matches, there is a chance that a mirror champion will be against you. How to play Riven against Riven and win? The key to success is as follows:

Riven is a champion who relies on aggressive melee play. In most cases, this works for you, but you need to know which champions (those who use combinations and rely on control abilities) will cause you more inconvenience to have a more defensive farming strategy.

For instance, you should be aware of:

Don’t neglect protection. Riven is not a tank, and in the later stages of the game, she becomes vulnerable, which negates her strong damage. More so, you should not:

You need to prepare for the situation in which Riven’s combinations are predictable for experienced and careful players. In this case, you need to try to look for ways to gain experience earlier than the enemy and farm effectively to complete the itemization faster. If you reach level 3 before your opponent, don’t hesitate to take advantage of this opportunity for an aggressive style. But beware of enemy minions and do not fight while there are many of them.

What is the Binomo Trading Platform All About?

How to Ensure Payments for Financed Devices With NuovoPay

Beware: The Top 5 Cybercrime Schemes Running Amid the Tokyo Olympics