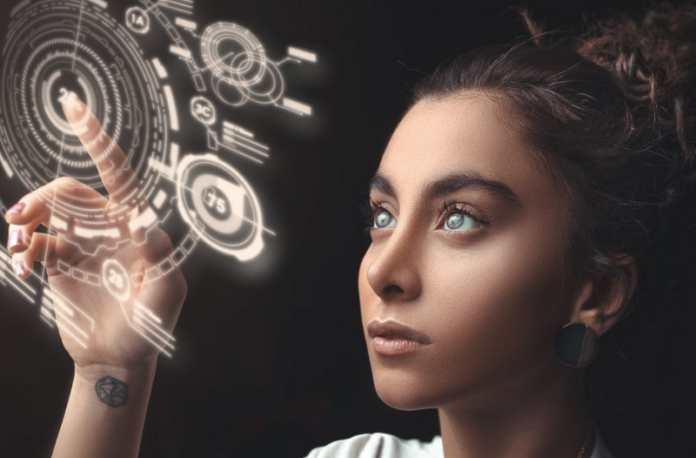 Gender imbalance isn’t just another challenge that companies need to overcome, it could be considered one of the biggest obstacles facing the global tech sector today. This is something we’re seeing across many regions, including Sub-Saharan Africa.

To start, the tech sector is facing a talent shortage problem: there aren’t enough professionals in the existing technology pipeline to fill the positions that are expected to open in the next decade. In fact, Korn Ferry estimates that by 2030, the global tech workforce will be short 4.3 million employees. Achieving greater gender diversity in the sector can help close this huge gap, tapping into the half of the population that has so far been left behind.

The technology sector also thrives on innovation, which is driven by diverse thinking. As such, leaving women on the sidelines is quantifiably hurting businesses and economies.

Technology companies can achieve great gains by embracing diversity, which is defined as having a broad variety of genders, ethnicities, abilities and sexual orientations on the same team, as well as different backgrounds, experiences and views. It’s the intersectional nature of these characteristics that encompass an individual’s whole self. True inclusivity means considering all aspects of an individual’s identity and embracing them.

Where are the women and girls?

Globally, female representation gets lost at every stage of the talent pipeline, from early education and grade school, to higher education and entry-level positions, to management and leadership. Women and girls are leaving the talent pipeline, often before they have the chance to excel. And if companies are going to keep them in the tech ecosystem, they need to embrace diversity and inclusion. This does not just mean welcoming a wider variety of individuals into the workforce — it means changing the workplace culture from the ground up so that these individuals know they’re seen, heard and valued.

The good news is that progress towards gender parity is being made. According to the Global Gender Gap Report by the World Economic Forum, Sub-Saharan Africa is a little behind East Asia and the Pacific Region, having closed 68% of the gender gap in comparison to the latter’s 68.5% closure. While Africa still falls far behind the leader in this regard, Western Europe (76.7%), Sub-Saharan Africa is one of the most improved regions with regards to the speed it is closing its gap. The region, along with Latin America, showed the best improvement over the past year, whereas other regions were progressing at a far slower rate.

We need to create new opportunities in STEM education

Around the world, girls are exceeding boys on two fronts: they’re getting better grades in high school and, for the most part, they’re entering higher education in greater numbers. A study conducted by the University of Stellenbosch found that for every 100 females there are only 85 males in matric. Furthermore, relative to their male counterparts, it noted that in South Africa there are 27% more females who qualified for university‚ 34% more who enrol in university‚ 56% more who complete any undergraduate qualification and 66% more who attain a bachelor’s degree.

However, science, technology, engineering and mathematics (STEM) is still an outlier to this trend, largely because of cultural biases and social expectations that associate these disciplines with men. Emerging technology fields, like cloud computing and data and AI, are by an overwhelming margin, occupied by men in South Africa.

According to the World Economic Forum, cloud computing professional participation in South Africa is 86% male and only 14% female. Data and AI is only a little better – 72% of occupations in that field are male, as compared with 28% female. Engineering shares the same dismal ratio as cloud computing, with female representation at a small 14%.

To help address this issue, companies are in a position to be drivers of change. The Reboot Representation Tech Coalition has outlined several critical building blocks for success in empowering women and girls in STEM. We need to offer on-ramps for beginners and help them build confidence, cultivate a community of supportive peers and ensure family members and teachers are encouraging progress.

It’s also crucial to ensure access to technology and computing experiences, and create continuity between them. By guaranteeing these opportunities, companies can nurture the top talent that will keep them growing for years to come. Experts and advocates at Reboot Representation also encourage businesses to collaborate with partners and invest in nonprofits to provide these support systems.

Companies can drive this change by setting concrete goals around diversity and inclusion. They can also create an internal culture that builds understanding around unconscious biases and overcomes gender stereotypes. Leaders need to be held accountable for achieving the targets they set, and any progress or lack thereof needs to be publicly shared.

As we look to build a talent pipeline that will last us until 2030 and beyond, organisations and investors truly hold the balance of power in determining whether we’ll be successful — and it all comes down to diversity and inclusion.

Why Data is Key in the Era of 5G