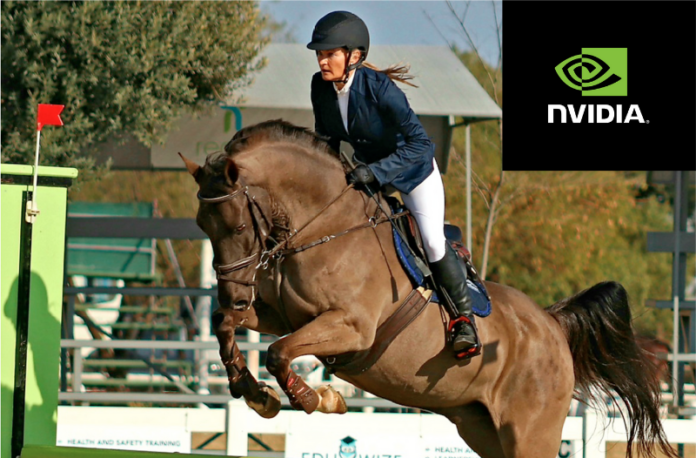 As part of NVIDIA, Mellanox Technologies, a leading supplier of high-performance, Ethernet and InfiniBand networking solutions for servers, storage and hyper-converged infrastructure, is currently sponsoring award-winning showjumper, Mellanox My Hot Chocolate, and his owner and rider, Belinda Duke.

It is a wonderful example of the phrase ‘Small is mighty’ – and an innovative, ‘right-brained’ kind of idea to unpack.

Duke is a Product Manager at Networks Unlimited Africa, which distributes Mellanox’ intelligent interconnect solutions throughout the continent. She explains, “NVIDIA is in the business of being fast, innovative, agile and forward-thinking. The Mellanox SN2010 switch is small but it does a huge job. Mellanox My Hot Chocolate is a small horse but he is a proven winner. Bigger doesn’t always mean better – it’s all about outperformance. Something that works on a small scale is nonetheless able to provide maximisation.”

Marcel Fouché, Networking and Storage General Manager at Networks Unlimited Africa, says, “In the context of networking, a switch is a high-speed hardware device that receives incoming data packets from multiple input ports and redirects them to their destination. Switches support voice, video, data and highly secure access, and are used to connect multiple devices on the same network, for example, a switch can connect your servers, computers and printers, acting as a controller, allowing these devices to share information and talk to each other.

“But with Mellanox, it is not only about the products and solutions. Our support and sponsorship reach into areas as diverse as education, technology access, sports and cultural activities, and our management teams have always prided themselves on being a company actively involved in a variety of programmes devoted to fostering excellence and balance.”

Duke Concludes, “Mellanox My Hot Chocolate reminds us tangibly of the positive benefits of being involved in a world of outperformance and going above-and-beyond requirements. Another small horse in history, Seabiscuit, was famous for becoming a champion racehorse in the American 1930s Depression era, when his victories lifted the spirits of the nation. NVIDIA believes in the power of excellence to improve society as a whole and to build a better future.”