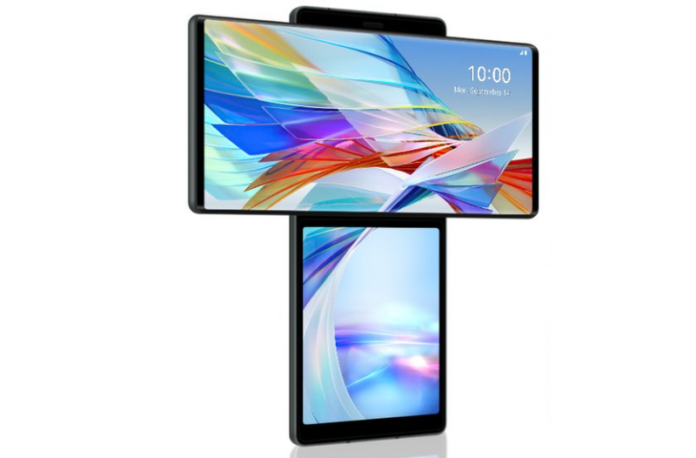 LG has officially unveiled its new smartphone – the LG Wing – a dual-screen device with a swivelling form factor.

The tech company says that the LG Wing’s two displays and ‘revolutionary’ form factor can facilitate new ways to engage with certain apps and features, ‘making it far easier to multitask’.

“Users can watch their favourite movies in all their widescreen glory while searching for information about their favourite actors or discussing the movie via chat with friends.”

“Swivel Mode can also prove handy when driving, allowing users to follow map directions on the Main Screen reserving the Second Screen for calls, which on other phones would cover the map.”

“The Gimbal Motion Camera, the world’s first in a smartphone, turns the LG Wing’s Second Screen into a convenient grip, providing the stability needed to capture clearer shots and smooth video footage in horizontal mode with one hand, normally difficult to accomplish with conventional bar-type smartphones,” says LG.

“LG Wing offers functions typically found only on a real gimbal, just as a joystick for controlling the camera angle, a lock to reduce shakes and blurring, a follow mode for smoother videos when moving, pan follow for horizontal movement with minimal up and down shake, and first-person view mode for capturing rhythmic and dynamic movements.”

According to LG, this new smartphone is part of its Explorer Project which aims to “deliver distinctive and yet unexplored usability experiences, a strategy that tackles uncharted territory in the industry”.

“LG has always been a pioneer in pushing the envelope of smartphone form factors, the only way to bring about much-needed innovation in the mobile market.”