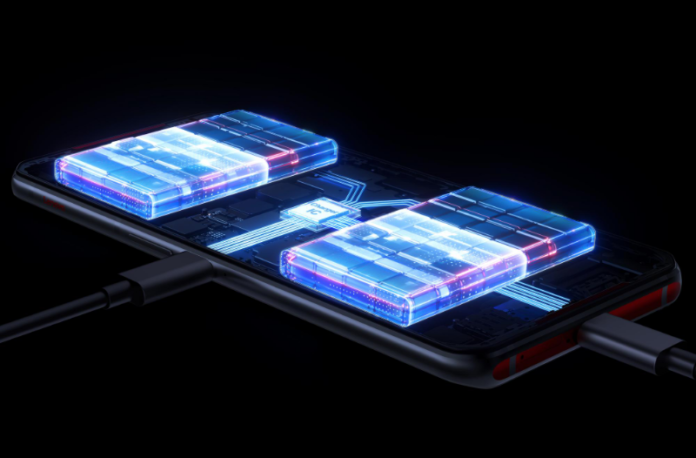 Lenovo has launched a powerful, immersive and fast-charging smartphone – the Lenovo Legion Phone Duel which has been designed from the ground up for gamers.

For enhanced power efficiency, 90W Turbo Power Charging takes both charging cords (from centre and side ports) to power up both batteries for a combined total of 5000mAh. Go from zero to up to 50 per cent power in only 10 minutes, and a full charge only takes 30 minutes.

With six specially customized layout themes to choose from, each with distinctive design details, colours, and icons that resonate with gamers. Designed for blur-free animations via a 6.65-inch Full HD (2340 x 1080) AMOLED glass touchscreen display with 144Hz.

A built-in gyroscope sensor detects motion and complex orientation changes, like while watching a 360-degree video, or when a screen view autorotates. The Lenovo Legion Phone Duel leverages its gyro to optimize the gaming experience for the user, for example, its virtual joystick feature works by moving a thumb around on the screen while playing a game, either to aim or to move players in a new direction.

These in-screen touch signals are mapped to gyro sensors which are continually sending data to the display driver resulting in the smooth rotations and execution of commands in-game.

Designed to offer gamers better grip, the phone feels solid at 239 grams (8.43 ounces) and is 9.9 mm (0.38 in) at its thickest point. A high-octane red or cool blue with programmable RGB lighting effects for Lenovo Legion’s recognizable “Y” icon and the back of its pop-up selfie camera. Lights can also be programmed to dynamically change depending on in-game effects for a more immersive experience.

Capture general HD 1080p footage and record in 4K at up to 30 FPS7 (frames per second) for remarkable clarity with a high-powered 20MP front camera that stays tucked inside bezel when not live streaming. Plus, a high-resolution 64MP rear camera for 64MP resolution photos, which also has a quad pixel sensor for shooting high-quality, 16MP resolution photos in dark and bright conditions.