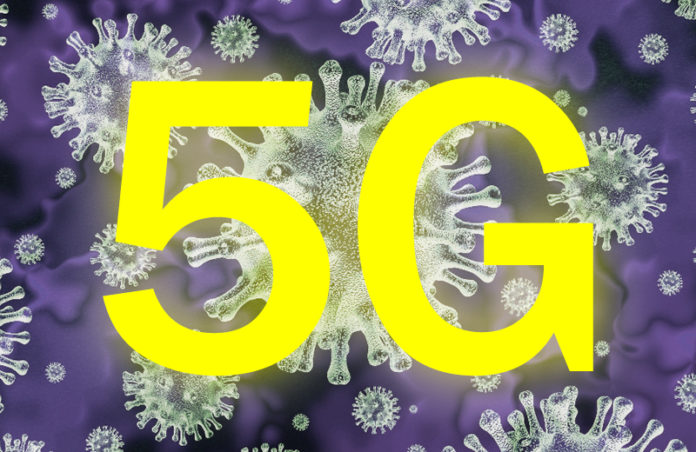 Over the weekend, the United Kingdom was host to a series of attacks on phone towers with at least 20 phone tower masts vandalized, and at least 3 of those towers set alight in a storm of ignorance and fear fueled by the spreading of fake news and misinformation, namely the 5G-Coronavirus conspiracy claim.

This bizarre theory seemingly spewed up from nowhere and has since been peddled by online conspiracy theorists and even celebrities on social media.

This bizarre theory seemingly spewed up from nowhere and has since been peddled by online conspiracy theorists and even celebrities on social media.

Roughly, the conspiracy theory claims that the global rollout of the faster 5G Internet is either causing or accelerating the spread of the novel coronavirus. Business Insider reports that it is difficult to pinpoint where and when the theory first emerged, but they do write that the claim picked up significant steam during the first week of April.

This conspiracy theory is baseless and spun as a series of unchecked information presented as facts, but it has incurred real-world damage of property and its continued perpetuation as the truth could lead to even more severe consequences.

Here are five reasons why 5G has absolutely nothing to do with COVID-19:

1. Wuhan, China, was not the first city to have 5G

One of the principle claims of the theory is that Wuhan was the first city to start 5G trials in the world – Wuhan, of course, is the location where the novel coronavirus was first reported.

Unfortunately for conspiracy theorists, a quick Google search reveals that the first country to adopt 5G was South Korea, in April 2019 – almost 7 months before the first coronavirus case was reported in China. By the middle of June 2019, South Korea had over 1-million 5G subscribers.

In fact, the coronavirus has had a profound effect on countries where there is no 5G. Iran, for example, which currently has about 60 thousand cases.

2. The radio waves that carry 5G are non-ionizing

5G, like all of its predecessors – including 4G, 3G, and 2G before them – is transmitted through radio waves that comprise the whole electromagnetic spectrum that currently exists in the air about us. This spectrum also includes microwaves, X-rays and visual light.

The radio waves of 5G are non-ionizing, meaning that they do not damage or alter the DNA inside our cells, like X-rays, gamma rays or UV rays are able to do. Even with 5G’s higher frequency compared to its predecessors, it is still part of the benign radio wave network.

3. The virus does not respond to the electromagnetic signals of 5G or any other sort of mobile network

Another part of the theory, or perhaps another branch of it, is that viruses “communicate” with each other via electromagnetic signals in order to choose new hosts. The claim is that the electromagnetic frequencies generated by 5G influence the viruses to spread faster. This is not true.

The research that is being conducted on whether or not bacteria can produce electromagnetic waves to communicate with each other is still being disputed. However, bacteria are not viruses – COVID-19 is a virus infection and not a bacterial infection.

There is no evidence that viruses produce or are affected in any way by electromagnetic signals.

With the vandalizing of the cellular towers in the UK, people are effectively attacking one of the greatest tools of defence against the spread of the novel coronavirus.

“The reality is that the mobile phone networks are absolutely critical to all of us, particularly in a time when we are asking people to stay at home and not see relatives and friends. But in particular, those are also the phone networks that are used by our emergency services and our health workers,” says UK cabinet minister, Michael Grove, about the tower attacks.

Humans have advanced in communication technology to an extent in which we no longer have to travel to keep in touch with those close to us or reach out for help, or even do our work.

Internet and cellphone networks like 5G help us by letting us stay in-doors, therefore protecting the population against further spread of the virus. Without this crucial tool at this pertinent time, COVID-19 would no doubt be spreading faster.

For all intents and purposes, 5G can actually help in slowing the spread of the virus.

5. There are standards in place that ensure that advancements like 5G are not harmful

Around the world, there are standards and regulations in place to protect populations from advancements in technology that could be harmful.

For example, in terms of electromagnetic radio waves – the International Commission on Non-ionizing Radiation Protection (ICNIRP) ensures that any service employed must have lower than 300Ghz of non-ionizing radiation to make sure people are safe just in-case. 5G will probably only use about 10Ghz.

In South Africa, the communication regulator ICASA has confirmed that the 5G technology to be employed in the country is up to safety specifications.

“The authority confirms that type-approved electronic communications facilities provided in the country adhere to the prescribed standards and that there is no evidence that they pose any health risks” to citizens, Icasa said in a statement on Monday.

“South Africa adheres to the standards prescribed by both the ITU and the World Health Organisation, with the former’s focus being primarily for the regulation of radiofrequency electromagnetic field emissions,” the statement concludes, reiterating that the services are inspected for their safety.