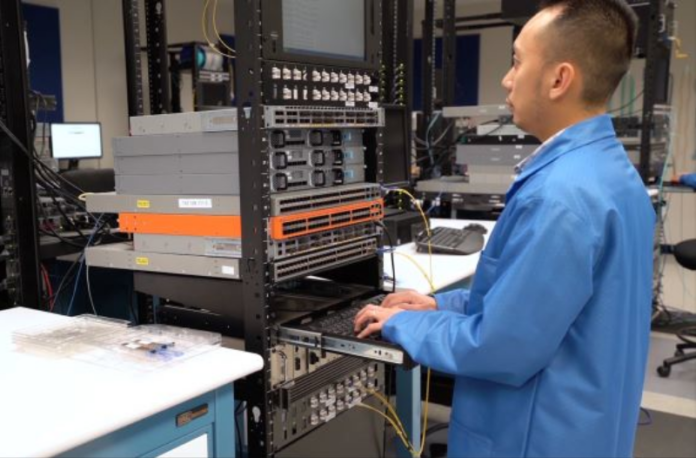 ProLabs, a global leader in optical networking infrastructure, is completely invested in the quality of its networking components. To this end, the company’s testbed investment demonstrates its dedication to ensuring that its network components work seamlessly and according to industry specifications.

This is according to Marcel Fouché, networking and storage general manager at value-added distributor, Networks Unlimited Africa, which distributes ProLabs in sub-Saharan Africa. He says, “As the world continues with its exponential creation and consumption of data, the demand for bandwidth continues to be a race between consumers’ appetites and providers’ best efforts to supply it. Quality testing is a key part of this provision.”

“We only have to think of the recent breaks in the undersea cables, the South Atlantic 3/West Africa Submarine Cable (SAT3/WASC) and the West African Cable System (WACS), which are deployed in the Atlantic Ocean and connect South Africa and many other African countries to Europe, to understand how precarious our communications network can be. And this applies  from the ‘macro’ level of a submarine fibre optic cable to the micro-environment of switches.”

Fouché clarifies that a testbed is an environment created for testing equipment. “Testbeds accurately simulate the intended environment to make sure that a device will meet quality standards. A proper testbed for a third-party original equipment manufacturer (OEM) compatible optics supplier requires significant capital resources to commit to quality assurance. All ProLabs products are rigorously tested and coded to ensure the highest levels of performance as networks continue with their ongoing and rapid expansion.”

ProLabs has invested in its quality control as follows:

Fouché concludes, “In an age when connectivity continues to expand to meet the ever-increasing appetite for bandwidth, providers are doing their best to maximise existing infrastructures, which currently includes connecting dissimilar networks. This is because old infrastructures still exist, requiring a need to integrate new infrastructures with ageing equipment. In such a complex network environment, quality testing is of critical importance. Equipment must be compliant to the highest standards, and tested to resist such external factors as maximum temperature, vibration and humidity, to keep communications lines seamlessly operational.”