Some regular Whatsapp users have been banned from the private messaging platform for being a part of groups with suspicious or questionable names. 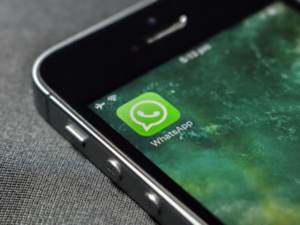 WhatsApp bans users who are members of groups with suspicious names.

WABetaInfo says that it has been “receiving a lot of reports from users that have been banned from WhatsApp”. In the first report, one user explained that he is a participant in his university’s WhatsApp group and one of his fellow members changed the groups’ name to reference an illegal activity. Soon after, all the groups’ members were banned.

“When these users tried to reach WhatsApp, they have received an automatic reply, that explained that they were banned from violating their Terms Of Services and that they won’t reply again,” this according to WABetaInfo. “So, in this case, someone that was wrongly banned can do nothing and cannot receive the assistance from WhatsApp. People are forced to change their phone number, losing their chat history.”

Since WhatsApp messages are end-to-end encrypted, WABetaInfo predicts that the platform uses an automated system to detect controversial or suspicious activity – without actually understanding a specific groups’ chat content. It does this by assessing the group date creation, group subject and even the group description.

While the ban on all group members seems unfair, WhatsApp has made it possible to prevent this kind of situation thanks to its Group Info Restriction feature. Under the Group Settings menu, the group’s creator can decide exactly who has the power to change the group name by making them a group admin.