As we celebrate International Women’s Day 2019 under the theme “#BalanceForBetter”, let’s not forget to applaud the amazing work done by extraordinary women who are disrupting and revolutionising the technology industry on the African continent.

These women have gone beyond the call of duty to advance the economy, while also uplifting, empowering and grooming South Africa’s youth.

Regarded as a disruptor in the ICT space, Charmaine is the Public Policy Director for Cisco Africa and champions transformation and the advancement of women in the sector. She is a multi-award-winning businesswoman who is recognised for her vision, leadership and achievements in ICT. In November 2016, she was named South Africa’s Top Woman in ICT. At Cisco, Charmaine and her team have committed to positively impacting 1 billion lives by 2025. With over two decades of experience in the telecommunications industry, she serves on various boards that work toward uplifting youth, women and vulnerable communities. Among these, she serves as the Chairperson of South African Women in ICT. Charmaine is also the founder of Afriel, a non-profit organisation that mentors youth with the goal of retaining women in the ICT sector. 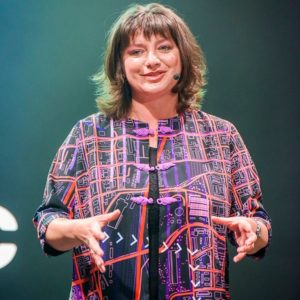 Regarded as one of Africa’s most influential women in engineering, Siemens Chief Executive Officer for Southern and Eastern Africa, Sabine Dall’Omo has consistently put her best foot forward and broken boundaries in this male-dominated field. With 25-years of experience, she has been instrumental in pushing the continent forward in terms of science and technology by ensuring that innovative ideas are harnessed into tangible solutions for society.

Under her leadership, Siemens South Africa has developed cutting-edge solutions to address the need of fast power supply by providing gas turbine generation. She advocates for electrification, automation and industrialisation in the 4th industrial revolution for Africa’s benefit. Sabine is also the President of the Southern African German Chamber of Commerce and Industry, which oversees the operations of over 600 businesses in the SADC region. Outside the office, she has a passion for everything aviation and is a qualified pilot. Her advice to young women wanting to get into the science and technology field is: “Utilise your time effectively, keep learning and apply your knowledge with integrity in new industries emerging around the world.” 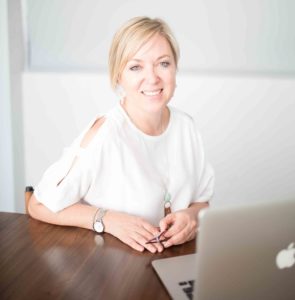 Recognised as one of the most influential women in the communications sector, Nicola is consistently burning the midnight oil to advocate the benefits of technology in South Africa through strategic communication. She is the Managing Director of multi-award-winning company, Atmosphere Communications, a partner of the King James Group.

In collaboration with clients in the technology space, she translates difficult and complicated ideas, laws and products into simple language that is understandable to diverse groups in South Africa. Nicola believes the latest technologies are vital in Africa’s development and offers services that focus on e-commerce start-ups and their go-to-market strategies. Atmosphere was recently acknowledged as the country’s most admired PR agency by peers in the industry. She also heads up the Cape Town Chapter of the Entrepreneur Organization. Before entering the corporate world, Nicola was a seasoned financial journalist for a renowned television channel and nominated for a consumer journalist award.

Are BaaS Solutions the Answer to Spike in Ransomware Attacks?