LG Electronics announced that they will release the V40ThinQ in partnership with Vodacom on 7 February at a retail price of R12,499 postpaid and R599 per month on a Vodacom contract.

The device sports five-cameras, with three cameras mounted on its rear and two on the front. The fingerprint scanner is placed just below the rear cameras. 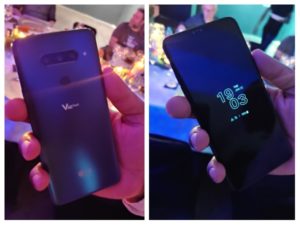 In South Africa, LG is bringing the smartphone in New Moroccan blue only. The V40 has a 6.4 inch OLED screen, a Snapdragon 845 processor, 6GB of RAM and 128GB of storage.

Along with the smartphone release, LG is bringing the LG Watch W7 also available from Vodacom in February. The watch is both analogue and digital. Customers can get the watch at a recommended price of R3, 699 or on contract for an extra R199 with the V40 ThinQ.