Luxury French fashion house, Louis Vuitton is entering the audio market with a collection of unique wireless earphones in partnership with Master & Dynamic.

The companies’ first collaborative product, however, is not that novel; In fact, the headphones appear to essentially be a pair of Master & Dynamics MW07 wireless earbuds that came out last year for an already steep $299.

The Horizon Earphones will be available in four colourways: black, white and red monogram or yellow and blue with signature LV stripes. Featuring cutting-edge technology, a single charge will last 3.5 hours and will be also Bluetooth compatible. 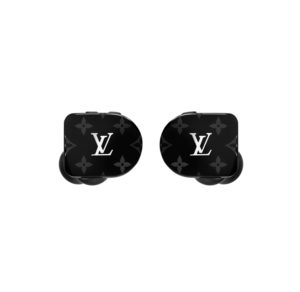 The quality of the sound is reportedly impressive, but not necessarily more than that of its competitors like Apple, Sony, or Jabra, whose options each cost less than $200.

Setting the cosmetics aside, the earbuds come with Bluetooth 4.2 connectivity and will run 3.5 hours on a full charge. The set comes with a charging case that provides an additional 10.5 hours of listening.

Likewise, the LV version, which is available in four colour options, comes with a matching polished stainless steel case in either black or white.

The Horizon Earphones will be available in select stores and online on January 24th.