The world of banking and finance is a fascinating but often very complex place. An incredible range of transactions occur in this sphere every day, whether it is a homeowner signing up to a mortgage, a youngster getting their first bank account or even an individual taking their first steps into foreign exchange trading.

The latter can, in particular, seem hugely complicated, with traders needing an opportunity to access and analyse a range of information in order to make their journey into the markets a success. This is undoubtedly why having access to the right systems and tools is so important.

In the past couple of decades, trading platforms have transformed this world, as they have given traders a gateway into understanding and analysing a range of markets via a single entry point. Generally offering access to incredible information on both PC or mobile devices, such platforms have evolved to become essential in the day-to-day life of a trader.

While traders have a range of different foreign exchange trading platforms to choose from these days, one brand has arguably dominated the area more than any other.

MetaQuotes was originally established at the start of the 21st century, releasing its first product FX Charts in 2000. While it continued to develop further products, it made a significant breakthrough when it launched MetaTrader 4 in 2005 and became regarded as a major player in the world of trading platforms. Also known as MT4, the system proved to be a massive hit and is regarded by some as the most popular third-party forex trading platform in the world.

Five years on, the company launched MetaTrader 5, a multi-asset trading software system which allows trading in forex symbols, as well as stock instruments and futures. MetaQuotes regards this platform as faster and more reliable than previous generations and, at the start of this year, it also launched a marketplace of third-party solutions for the system. The aim was simple – to give technology providers an opportunity to offer their goods directly to brokers. 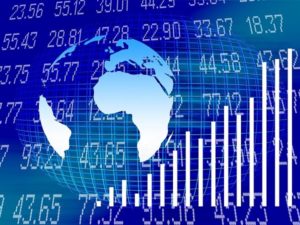 The likes of Gold-i, oneZero and Tools for Brokers were all involved in the initial launch of the marketplace but, just three months later, MetaQuotes revealed that it had doubled the number of participants in the scheme.

Among those who joined the project in April were B2Broker, Dynamic Works and Brokeree Solutions. Discussing the decision to join the scheme, Brokeree Solutions chief operating officer Elina Bagautdinova said the marketplace “significantly facilitates the business of a broker” by offering both the trading platform and access to range of solutions.

She added: “We believe that this service will soon become the main outlet for companies in the industry due to its simplicity and transparency. For Brokeree Solutions, which specialises directly in software development and integration with MetaTrader 5, such a store allows focusing on the main thing – development of product series.”

The launch of the marketplace for MetaTrader 5 has proven to be a significant success for MetaQuotes but the company has made further progress across more recent months too. MetaTrader 5 has particularly made a breakthrough in Australia, with FP Markets, EightCap and GO Markets all giving clients an ability to trade through the system.

At the upcoming Finance Magnates London Summit 2018 in the middle of November, the organisation is also planning to showcase further new developments related to the platform.

Issues expected to be covered in the presentation by Head of Sales and Operations Christoforos Theodoulou and Senior Operations Manager Tony Spyrou include a look at an optimised client management system, as well as advanced analytical features in the back office functionality.

When it comes to trading platforms, it is safe to say that MetaQuotes are undoubtedly a major player. While MetaTrader 4 remains popular, the range of features and new marketplaces added to its successor mean that it has also become a very attractive proposition.

Having the right tools is undoubtedly key to foreign exchange trading success and MetaQuotes have taken strides towards pushing ahead in the market. After a very strong 12 months for the firm, it will be fascinating to see just