Home Features The evolution of the iMac: From the iMac G3 to the iMac...
Facebook
Twitter
WhatsApp
Linkedin
Email

The iMac recently turned 20. Though there have been a variety of different naming conventions and models over the years, Apple recently highlighted the next generation of the MacBook Air that is expected to roll out in October 2018.

From the iMac G3 to the iMac Pro, we explore the evolution of Apple’s desktop computers and the innovative changes each generation bought. 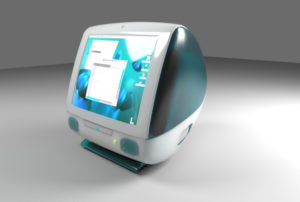 Dubbed as the world’s first internet-ready computer, the iMac G3 was manufactured from 1998 to 2003. The original iMac ushered in a revolution with its impressive design in transparent colored plastic, which allowed the engineers at Apple to include all of the computer’s components in the same enclosure as the screen, and its pioneering technological choices (no floppy disk drive, USB ports as standard, and a built-in modem). 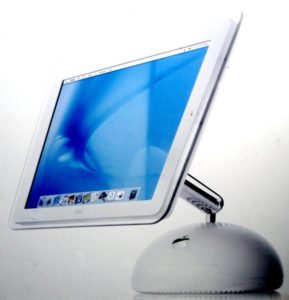 Originally known as “The New iMac” the iMac G4 was created to replace the iMac G3 as Apple’s all-in-one desktop computer. Nicknamed the “iLamp” in reference to its adjustable desk-lamp-like arm, it featured a 15-20 inch flat screen that was easy to reposition and no longer contained in the same enclosure as the other components. The G4 is easily recognised by its swiveling monitor mounted above the hemispherical computer. It’s the first computer made by Apple that uses an LCD panel— an industry first at that time in 2002. 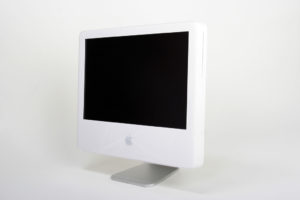 Introduced on the last day of August in 2004, the iMac G5 brought G5 muscle to Apple’s consumer desktop line. The iMac G5 offered a new look with an imposing 17-20 inch flatscreen in a five-centimeter deep enclosure that also housed all of the computer’s other components, including a CD/DVD drive. In addition to a 64-bit G5 processor, the iMac G5 also included a much faster memory bus, better graphics for the low-end model, twice the hard drive space for the high-end model, and a new audio port which doubled as an optical digital audio output. 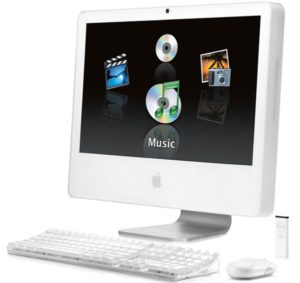 In 2006, the iMac revolution was largely internal with the adoption of processors produced by Intel (the Core Duo or latterly the Core 2 Duo). The appearance of the Intel-based machine with its white polycarbonate enclosure and 17-20 inch flatscreen differed little from the preceding iMac G5. 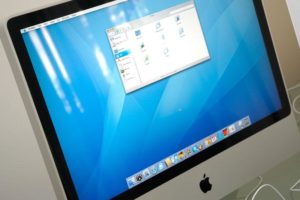 Bigger, more stylish and more powerful, the aluminum iMac was launched in the summer of 2007. As its name suggests, the new machine featured a glass and aluminum enclosure that housed all of its components and a flatscreen that was available in sizes of up to 24 inches. With its new processor, the machine was faster than its predecessor, and it also offered more storage (upwards of 250GB) and extra live memory (1GB or more). 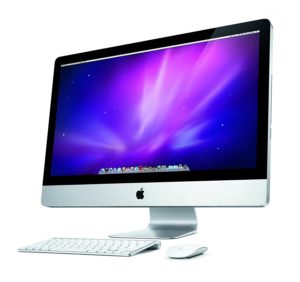 The Mac’s aluminum unibody design looks so good that it remains virtually unchanged since then. Launched in 2009, this was the first of the unibody iMacs, and also the first to be equipped with a 16:9 aspect ratio screen, which was available in 21.5 and 27-inch sizes. While we’re used to it today, the 2009 iMac’s display and aspect ratio seemed opulent at the time. It even struck some users as being comically oversized back then.

Although Apple previously offered its Cinema Display in sizes of up to 30 inches, the majority of consumers did not own such monstrous flat-panel monitors. Together with its LED-backlit widescreen display, the screen size confirmed Macs as the computer of choice for watching HD video. It was a natural progression for the company. 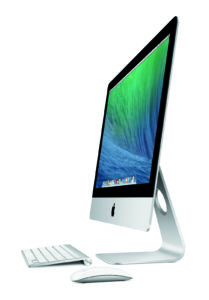 In October 2012, Apple presented a new iMac that was much thinner but largely similar in appearance to its predecessor. It will be remembered as the first iMac to include an SSD hybrid drive that was faster and more reliable than a standard disk. It features a considerably smaller body depth than the previous models, measuring 5mm at its thinnest point to omit an internal SuperDrive. 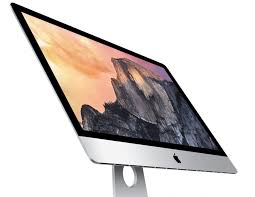 In 2014, Apple presented the spectacular iMac Retina 5K with a resolution of 5,120 × 2,880 pixels and a 27-inch display. A year later the company brought out the iMac Retina 4K (3,840 × 2,160 pixels) with a smaller 21.5-inch display. The two new machines were also equipped with new AMD Radeon video cards as opposed to the nVidia chips in previous models. 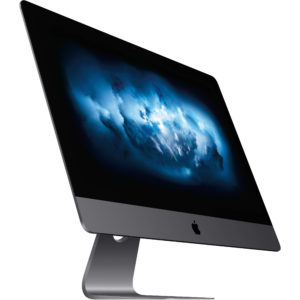 Most recently in 2017, Apple announced the iMac Pro, billing it as “the most powerful Mac ever made.” Aside from its darker “space gray” color, the machine appeared to be similar to its predecessors. However, under the hood, there were radical technological improvements including a 5K display, 3.2Ghz 8-core processor, up to 128GB of RAM, and 4TB of SSD storage.