Revolving around the world’s major areas of robotic research, application, innovation and development in an intelligent society, the WRC 2018 offered a venue where academic thoughts can be exchanged at high levels and the latest achievements demonstrated. 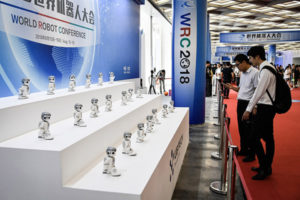 Chaired by Prof. Gong Ke, WFEO President-Elect, the prestigious international conference saw global robotic industry with the largest scale, the highest standards, and the most intensified resources. The conference pooled the wisdom of experts around the world, attracted top enterprises in the world and displayed the latest scientific and technological achievements, which had guiding significance for innovation and entrepreneurship.

The conference attracted a total of 166 domestic and international enterprises exhibiting their cutting edge technologies and more than 500 items are displayed at the scene. 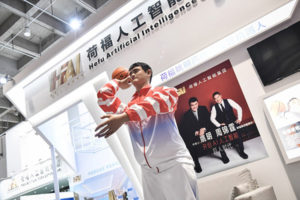 Popular stars at this year’s World Robot Conference were undoubtedly the small, amateur-made “battle bots” which smashed, hammered and sawed their way through their opponents to a cacophony of cheers and shouts from a rapt audience.