Users of Apple products won’t enjoy Group FaceTime that will expand video calling for iPhone, iPad, and Mac of up to 32 persons anytime soon.

Group FaceTime chat for up to 32 users was first introduced at the annual Apple Worldwide Developers Conference as a new feature rolling out to iOS 12 and macOS Mojave, but that’s not quite the case anymore.

The Cupertino-based tech giant has reportedly removed the Group FaceTime chat from the latest iOS 12 developer beta according to Mac Stories. Instead of releasing at the launch of iOS 12 and macOS Mojave, the feature will come in the form of a software update later this fall. 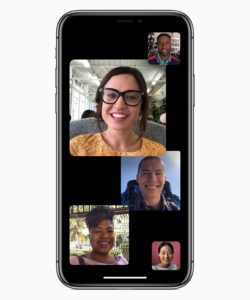 Developer Guilherme Rambo revealed that Apple has delayed the release of Group FaceTime, which was originally scheduled for the iOS 12 and macOS Mojave release. With the app, 32 participants can join a video call at the same time, where anyone has the option to manually select people to highlight in the main interface.

Rambo added that the Group FaceTime feature has been removed in the latest iOS 12 beta 7 that was scheduled to be released, 14 August 2018.

In a post by Rambo, Apple informed developers via a note that “Group FaceTime has been removed from the initial release of iOS 12.” Also, Apple told developers that the feature will be shipped in a future software update later in the fall, according to the new build’s release notes.

A similar situation occurred with AirPlay 2, which was set to roll out with the initial release of iOS 11 but didn’t arrive until software update 11.4 a year later, just before the 2018 keynote to announce iOS 12.