Sony has just announced a new CMOS sensor for smartphones that captures 48-megapixel photos — the highest pixel count in the industry.

The sensor is the world’s first to feature an ultra-small pixel size of just 0.8μm, which is what allows it to stuff 48-megapixels onto a 1/2-inch sensor.

In fact, more megapixels can actually work against photos taken in low light. Sony says that it gets around that by adopting Quad Bayer colour filter array. 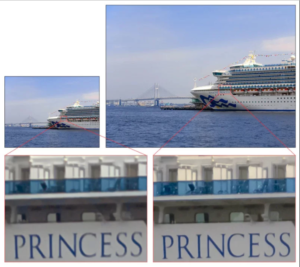 Other features of the Sony IMX586 include 4K video recording at 30fps, 480fps high-speed recording at 1080p, phase-detect autofocus, and HDR imaging.

The Last of Us Part II Indefinitely Delayed