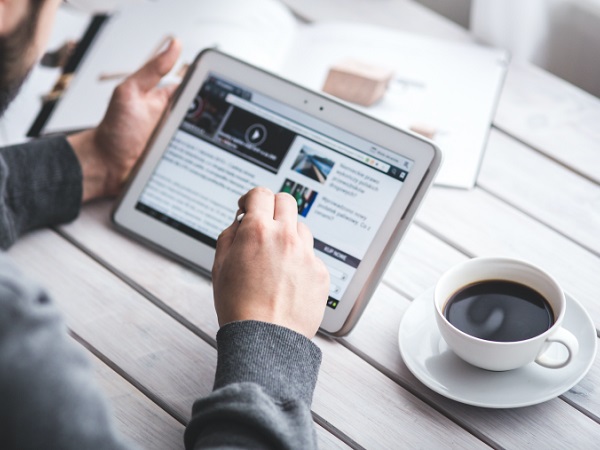 The hotel room of the future is likely to be a combination of the high-tech and high-touch. EHL’s YU Virtual video highlights the former, with virtual reality creating the ambience we want in our hotel room. And what then of artificial intelligence (AI) and robots? What role will they play in hospitality?

EHL’s International Advisory Board (IAB) met recently in Lausanne to discuss disruptive innovation in hospitality and education. In a panel discussion on the topic ‘Leading through disruption’, Wilhelm Konrad Weber, a partner at Swiss Hospitality Solutions, said technology is definitely driving the hospitality industry but it also poses a threat “because hoteliers are not necessarily early adopters.” The internet came along, he said, but hotels failed to build the best online booking engines. The online travel agencies or OTAs moved into the space, leaving hoteliers lagging behind.

The industry has become fragmented, he continued, with customers having far more choice than they had previously. Consequently, there’s “a lot less loyalty.”

“Most of the guests using our properties are much more savvy in the use of technology … than us actually providing it. So that’s probably going to keep us challenged.”

“Disruption in hospitality has, by and large, come from outside the industry – whether in terms of the OTAs and alternative accommodation platforms – although, one rental site, House Trip was set up by two EHL alumni, Arnaud and Junjun Chen Bertrand (AEHL, 2008) who were both panellists at the IAB session. (The digital platform was sold to TripAdvisor in April 2016 after raising some $60 million in funding).

Arnaud Bertrand candidly stated during the panel discussion that he would have preferred to have taken the start-up to an IPO (initial public offering) but admitted they had made many mistakes along the way (“probably every mistake we could make, we made”).
“I don’t have any regrets,” says Arnaud Bertrand, adding that they had learnt “an enormous amount” from the House Trip experience. “Were I to do it again, I would do everything differently and that’s why we’re creating a new start-up (the virtual reality dating platform, LovInVR) to try to be even better this time.”

Weber says that although Accor has been “bold”, listed hotel companies are having to meet the expectations of analysts, investors and journalists, so innovation in hospitality tends to be evolutionary (“something that everyone expects you to do”) rather than revolutionary and disruptive (“something nobody expected you to do.”)

“What we’re lacking in these big companies is this revolutionary thinking, this radical change,” he says, adding that “the reason we’re lacking it is because it’s very tough at the C-level’ and few are prepared to risk “doing something crazy.”

Artificial intelligence is at the core of tech firm Afiniti, whose chairman and CEO is Zia Chishti. Afiniti sifts through publicly-available data, using AI, to pair customers with call centre agents to maximize sales. “The AI-ness of what we do is around behavioural prediction for both customers as well as for internal agents. And then the construction of a prediction of behaviour between the two. So that’s at the heart of what we do.”

The venture is on course for an IPO (“this one will probably go out somewhere between $5-10 billion into the public market … having said that, I’ve been incorrect in my prediction evaluation every time I’ve made such a prediction”) but Chishti calls himself a disruption and AI cynic.

Disruptions have actually slowed, if not completely stopped over the last 10 years.” The internet as an ‘information retrieval and exchange system’ and the smartphone have been “somewhat derivative” and have not made us any healthier or happier, he says, whereas antibiotics and motorways have had a profound effect on “human lifespans, levels of income and how societies function.”

“There’s a perception that AI will change everything but it’s not like that. AI is just a set of statistical tools and various incarnations of this have existed for the last 40 or 50 years. It’s just that the machines in which these tools run have become somewhat more advanced and more powerful over the years, but this is not a seismic shift. There’s no dramatic and disruptive event happening here. It’s just the slow and steady emergence of a technology that’s been around for quite a while.”

Robots have already appeared in some hotels, particularly in Japan. Suggest to Chishti, however, that robots may end up having a major impact on society as fewer people would be working anymore, and his response is “that’s not going to happen.”

“If you take all of the computational capacity that exists in the whole world today – every single smartphone, mainframe, supercomputer, every single PC and you put it all together – it’s approximately equal to the brain power of a dog. That’s an extraordinary figure if you think about it. The best estimate for the entire computational capacity in the whole world, approaching that of a human brain is five to seven years out. The best estimate for a single machine approaching human-level intelligence is north of 30 years out. And the cynical view … I bet, it’s north of 50 years out.”

“What is more likely to happen is a re-distribution of work. So in many cases AI actually enhances human labour productivity and should increase labour demand. There are some areas where the increasing power of computational systems in AI will absorb labour capacity but it’ll do so in a manner that enables rather than destroys.”

“Symbolic systems are maybe 100 years out to compete. And between here and there – and the hospitality industry is part of it – we create a magical experience that borders on art and borders on beauty that enable our customers to come back. That just doesn’t get replicated by machines. The twinkle in the eye that a waiter has when they serve a particularly delightful meal will not be replicated by machines in the next 30-50 years, so I wouldn’t worry about it.”

Weber of Swiss Hospitality Solutions says he gets somewhat nervous “if somebody is talking down AI.” Citing the MIT online experiment, Moral Machine, he adds that artificial intelligence, built into self-driving cars, may have to make life and death decisions on the roads. “It’s not like the big hype that … there will be no doctors anymore, but I think it’s going to impact us a little bit more than revealed.”

For an entrepreneur like Arnaud Bertrand, self-driving cars could have a massive impact on the hospitality industry if the automobile becomes a de-facto mobile hotel room. “If you don’t drive the car anymore, what do you do inside it? You entertain yourself, you work, you sleep, when you travel. Sounds familiar? Where do you normally do that? In a hotel room, right?”

Should AI have a bigger impact as we move towards a leisure society, we would likely have more time to engage in continuous learning activities. For Jean-Marc Tasseto, the co-founder of Coorpacademy and a former senior Google executive in France, there will be a shift from professors reading out research articles in a lecture theatre to a ‘blended’ learning approach which integrates digital teaching elements. Tasseto, who sees himself more as a ‘marketing guy’ than a disruptor, says the continuous learning market may be worth some 150 billion dollars, with e-learning possibly worth around 15 billion dollars. Education, he says, has still to be disrupted, perhaps with the emergence of a major tech firm like Google, but this time with an education focus. The potential is huge; so Tasseto’s advice is, “invest in education.”

6 Tools that Will Make Human Resource Tasks Much Easier