AfricaCom 2017: Know-How is the key to driving the 4th Industrial Revolution 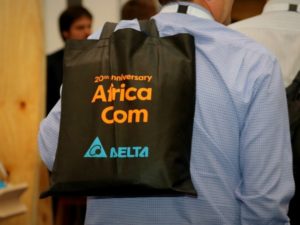 AfricaCom 2017: Know-How is the key to driving the 4th Industrial Revolution. (Photography by Darryl Linington).

The 20th staging of AfricaCom opened doors in Cape Town, South Africa and began to welcome over 13 000 delegates this week. The biggest Africa focused technology, media and telecoms (TMT) event in the world, celebrated two decades of bringing the brightest minds in the global TMT sector with the launch of several new exhibits that speak to the burgeoning 4th Industrial Revolution. These included a brand-new technology arena housing an Innovation Stage, AfricaCom 20/20, the AHUB and a host of technological solutions geared toward making our everyday work and play lives easier.

It is indeed an exciting time in Africa’s digital renaissance. But, as borne out by a recurrent theme that permeated all keynote sessions on Day one of the conference, Africa cannot hope to capitalise on all of the technology and digital advancement available to it, if the people, in whose hands the power sits (in the shape of their mobile communication devices), lack the knowledge and expertise to use it appropriately, or to its fullest advantage.

Another hot topic of the day, and one South Africans are all too familiar with, was the cost of data, which should surely fall. However, it was not the only thing on the minds of those attending subsequent panels, as calls for more equitable access to products and connectivity were also a common anthem during the day. For example, a suggestion to remove roaming charges between African countries to promote continental economic growth was mooted.

Keynote session; Mapping Africa’s journey to the 4th Industrial Revolution, provoked some strong responses. Panellist, Rapelang Rabana, founder and CEO of Rekindle Learning, is concerned that without the understanding of what technology can accomplish, the digital divide will actually widen. Digital literacy is paramount and should especially be geared to the younger generations (as they can teach their elders), a key point acknowledged by cohorts and echoed throughout the day. It’s time to stop talking and start doing.

It not just about connectivity though. People living in rural areas, should have access to the same quality and range of technological solutions as their urban counterparts. Raj Wammiappa, founder and CEO of Future Horizon Technologies agreed, but also raised the point that there should be African solutions for African problems – another premise that dominated discussion today, as too the critical requirement for practical collaboration of public-private partnerships, as well as the provision of workable policy from Governments across the continent that will fast track these developments – without direction, we cannot hope to go anywhere.

From the technology ‘engine’ room of the main exhibition hall to the buzz of activity in the Connecting Africa area to the promise of the Technology arena, AfricaCom 2017 is shaping up to be the place to shape Africa’s future. To round off Day One, delegates, exhibitors and media congregated to officially celebrate AfricaCom’s 20th birthday and raise a toast to making it happen.