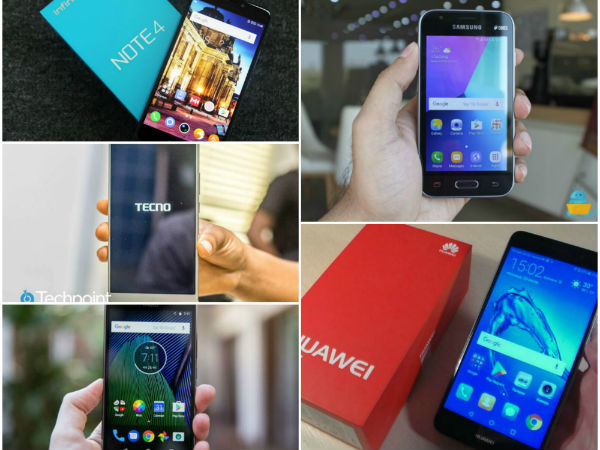 Mobile phones offer Africans an easy and affordable way to get connected to this ever-growing digital world. The mobile phone has been touted as the technology which can help Africans bridge the dreaded digital divide but still many of these devices can prove costly, and the ones that do come at a much lower price point can turn out to be unreliable and not very durable.

This leaves many Africans in a catch 22 situation. Do they fork out money, which they can’t really afford, on an expensive device or do they opt for the cheaper option which they may have to replace after a short period of time?

With this scenario in mind, IT News Africa has identified the top 5 cost-conscious mobile phones for Africans which will still prove to be reliable and will not break the bank:

1. Moto G5
The Motorola G5 is the fifth generation of the Motorola G family and the device retails for around USD $212.

The device has a metal body, a super-slick fingerprint sensor and although it does not have NFC or the fastest chipset, it is still considered to be one of the top cost-conscious smartphones for African consumers.

The Infinix NOTE 4 is built by Infinix Mobile, a Hong Kong-based smartphone manufacturer, and is the fourth generation in the NOTE line-up. The device is popular among African countries such as Egypt, Morocco, Nigeria, Zambia and Kenya.

The device features a plastic body with glossy metallic paint instead of a metal body and is a Dual SIM 4G smartphone.

The Infinix NOTE 4 retails for around USD $143 and is perfect for the African consumer who is looking for a quality device.

The Samsung Galaxy J1 mini features a new black frame, a compact body and rounded edges. The device is one of Samsung’s low-end devices and is aimed at the cost-conscious market. The phone retails for USD $110 and with a brand name like Samsung behind it, the device is considered one of the top cost-conscious smartphones for African consumers looking to purchase a quality phone with exceptional components.

The Tecno L9 comes from Chinese smartphone manufacturer, Tecno Mobile. The device is the predecessor of the L8 and has been subjected to a number of changes.

The Tecno brand is well established in countries such as Nigeria, Ghana and Kenya. With a retail price of around USD $104, the Tecno L9 is a great cost-conscious device to pick up if you are looking for a large screen and long-lasting battery life.

Made by Chinese smartphone manufactures, Huawei, the Huawei Y3 retails for roughly USD $109. In recent times Huawei has started to make an impact not only in Africa, but all around the world.

As Huawei is growing in popularity across the African continent, the Huawei Y3 is considered to be one of top devices to pick up if you are looking for a device that is realiable and of great build quality.

It is important to note that while theses devices may not be the cheapest on the market, they do however offer the greatest value for money among the lower end smartphones available for Africans.