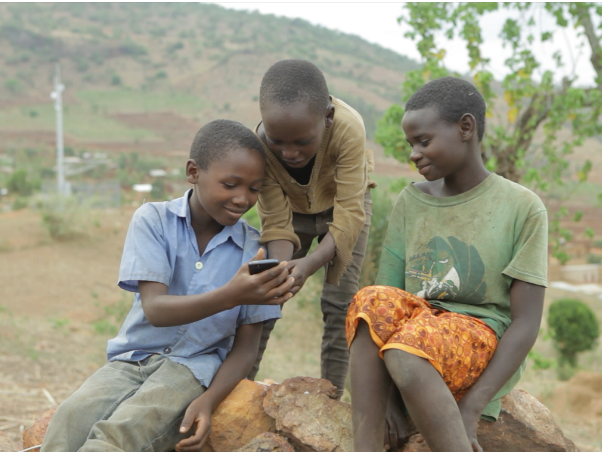 For many years, African countries served as the growth engine for the global smartphone market. Recent times, however, tell a different story. In 2016, according to Strategy Analytics, global smartphone sales grew at a modest 2 percent and the landscape in Africa also saw a dip from what had been a 39 percent year-over-year growth rate.

However, smartphone manufacturers and component developers have good reason to believe another boom is right around the corner, and last year’s decline in smartphone shipments into Africa is likely to be a blip on the radar before high growth rates resume. Why? In many cases, external factors driven by economic turmoil in several African countries are to blame for some of the smartphone industry stagnation. Nigeria, for example, experienced an economic downturn and a shortage of foreign exchange, which impacted sales of imported products, including smartphones. Many African nations experience periods of economic instability but a few regions, particularly the Middle East, offer signs of hope for future growth.

That’s according to Dominique Friedl, Head of Corporate Sales for South and Sub Saharan Africa at MediaTek, a semiconductor manufacturer and a  supplier of components to makers of mobile devices. He says that stalling smartphone growth last year caught the industry by surprise, but shouldn’t be seen as a long-term trend.

The slow-down is the result of saturated market situations in several regions and complicated by economic headwinds in some countries. Strategy Analytics, though, expects the Africa Middle East region will be the growth engine for the global smartphone market in the upcoming years. The Middle East region of Africa is projected to grow at 13 percent in 2017 and 9 percent in 2018, respectively. Both figures rate as the top marks among all major regions thanks in part to lower smartphone penetration rates and a generally healthy economic climate.

With a sense of normality returning to economics across Africa, what will help the smartphone industry prosper in the next few years? For one, industry leaders are expected to increase their focus on putting affordable smartphones in more people’s hands as mobile subscriber penetration approaches saturation levels across Africa. This focus on smartphones, in turn, will help boost data revenues for network operators in a market where voice revenue growth has flatlined.

According to the GSM Association, average selling price (ASP) of smartphones has fallen significantly in most markets across sub-Saharan Africa: Smartphone average prices across Africa were $160 in 2015, down from around $230 in 2012. Sub $50 smartphones are becoming a reality, with prices below $30 as the next target. Cost effective components, leaner operating systems and larger volumes will help reduce the pricing and drive sales.

Go high, Go low
Two key factors could help bring the cost of devices down for consumers: The pending availability of Android Go, a streamlined version of the Google mobile operating system, and the rise of chipset manufacturers offering systems-on-chip (SoCs). Android Go was designed for low-power devices, and it has anticipated that the operating system will enable handset manufacturers to ship smartphones that while not as full-featured as a flagship device, still offer a reliable and responsive end-user experience. Also, SoCs allow smartphone brands to design rugged and affordable 3G and 4G LTE devices for the mass market.

African countries continue to experience a degree of volatility due to factors such as currency and economic instabilities, lack of locally relevant content and technical literacy and affordability. However, falling smartphone and data prices should lead to the next African smartphone boom in the longer term. Indeed, the GSMA projects an increase in the availability of low-cost devices in the region which could add a further half a billion smartphone connections by 2020.