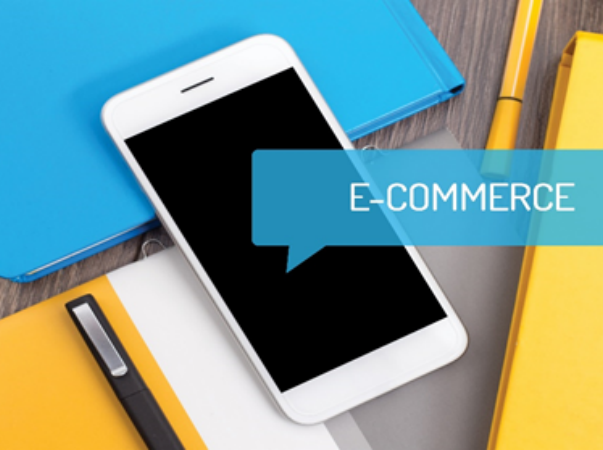 The online retail sector in Africa presents an exciting opportunity for retailers to grow their businesses by connecting with new customers. e-commerce is expected to grow significantly and as the use of technology also grows, the market becomes more attractive to companies based both inside and outside the continent.

With mobile penetration reaching close to 70% on the continent, technology will continue to open doors and provide new opportunities for e-commerce in Africa.

The existence of e-commerce operators encourages start-ups outside the tech space to facilitate distribution and improve revenues. Internet companies and those providing e-commerce integrations should do well as the number of African start-ups and existing companies getting involved in e-commerce increases.

Online platforms are making it possible for people across Africa to find and purchase goods, get rides, find accommodations, access movies and make payments. A lot of what the African e-commerce platforms provide is connecting global brands with the continent’s consumers. IT News Africa compiled a list of e-commerce platforms making strides in the industry.

1. Zando
Founded by Rocket Internet AG in 2012, Zando has grown exponentially to become South Africa’s biggest online fashion store with investors such as Rocket Internet AG, Milicom and MTN. Zando is a subsidiary to parent company, The Jumia Group, which operates as a fashion retailer and across numerous other vertical in various other African countries. The e-retailer sells over 500 brands, including footwear, apparel, homeware, beauty products and our very own in-house brands, like Utopia.

2. Takealot
takealot.com was officially launched in June 2011 post the successful acquisition of an existing ecommerce business called Take2 by Kim Reid and the US based Hedge Fund, Tiger Global. In 2014, it was announced that Takealot would merge with kalahari.com which is owned by Naspers in May 2015 all Kalahari customer accounts were successfully transferred to takealot.com.

3. Konga
Nigeria’s number one online Shopping destination, Konga was founded in July 2012 by Sim Shagaya. The site initially functioned as a Lagos-only online retailer focused on merchandise in the Baby, Beauty, and Personal Care categories, but broadened its scope to all of Nigeria in December 2012 and gradually expanded merchandise categories through 2012 and 2013. The platform was launched with an with the aim of becoming a provider of e-commerce infrastructure services for all e-commerce market participants.

4. Bid or Buy
BidorBuy was first launched by Andy Higgins in August 1999. The online platform officially launched with a massive marketing campaign in January 2000 and In June 2010 a Kenyan bidorbuy site,[4] was established. BidorBuy is an online auction site and marketplace where users, buyers and sellers, transact with each other. Anyone over the age of 18 can transact on the site.

5. Kaymu
Kaymu initially launched in Nigeria and Pakistan in January 2013 and within 27 months opened operations in 32 other countries. Kaymu copies eBay’s model; it does not offer first-party product sales, and it has separate retail websites for each of the countries it operates in. Kaymu currently has operations in the following regions & countries Africa- Algeria, Angola, Cameroon, Ethiopia, Gabon, Ghana, Ivory Coast, Kenya, Morocco, Mozambique, Nigeria, Rwanda, Senegal, Tanzania, Tunisia, Uganda & Zambia Asia and the Middle East.

7. Checki
Checki is an online marketplace where all of Africa’s car dealers, importers and private sellers post their cars for sale. The company does not sell cars directly but offers advertising medium for users to buy and sell their cars, 4WDs, vans, bikes and trucks and other vehicles. The Kenyan online car classifieds business also has dedicated websites for Nigeria, Ghana, Tanzania and Uganda.

8. Mall for Africa
Mall for Africa works as a digital app—available on PCs and mobile—through which customers can order goods using PayPal or Visa cards, which are then delivered. In Nigeria, Mall For Africa created an MFA WebCard, which reloads with US dollars like a debit card, for people without these traditional online payment methods.

9. iRoking
iRoking is one of the biggest suppliers of music to the Nigeria market and, with the mobile app, users are able to download music files from Nigeria’s top music artists. “iROKING, Nigeria’s number one online music platform, brings Nigerian music lovers some of the biggest artists of the moment, direct to Android phones,” the company states. Users are able to download unlimited tracks directly on to their mobile device and keep up-to-date with Nigeria’s freshest music and videos.