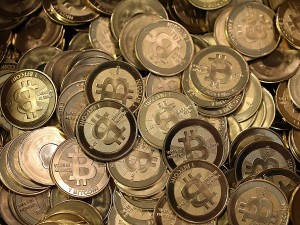 If one trades on BlockChain using BitCoins would that amount to the business of a bank. (Image credit: Siliconangle.com)

The provision of banking and financial services in South Africa is a highly regulated activity and the revolutionary Fintech (financial technology) is posing a significant challenge to the current regulatory framework. The challenge has been acknowledged by the South African Reserve Bank (SARB) in its position paper on virtual currencies issued in 2014.

FinTech has the potential to disrupt the traditional financial and banking services set up. BlockChain is an aspect of FinTech that will allow people to cut out the middleman and the associated cost. It is a type of peer-to-peer ledger system. Think of BlockChain like a ledger account, a balance sheet, where users can record their transactions with one another. Clearly, this type of disruption, where intermediaries are cut-out, has the potential to be disruptive.

As the traditional provision of financial and banking services becomes increasingly irrelevant and the increase in FinTech based self-service solutions becomes more prevalent, can the South African regulatory regime ensure that this development takes place safely? The SARB has identified the following significant risks posed by virtual currencies, some of which are based on the Blockchain technology: credit and liquidity risks; price stability; money laundering risk and consumer risks. A key concern, is that unlike the provision of traditional financial and banking services, BlockChain is not controlled by a single person and so in essence Blockchain does not have a central service provider to whom a regulator can turn to for supervision.

A cursory reading of the National Payment Systems Act (NPSA) suggests that the regulatory framework of payment could quite easily accommodate the use of BlockChain. It would seem that BlockChain, when used to effect and record transactions, for example in BitCoins, could fit within the definition of “payment system” and a “settlement system”. Accordingly, one assumes that the same regulatory framework that is applied to traditional payment and settlement systems could be applied to FinTech. However, the NPSA is hung-up on the traditional idea of an intermediary – a central management figure. In contrast, a central tenet of BlockChain philosophy is the idea of self-management with no central figure. Consequently, if the regulatory framework aims to regulate the system through the access point of a central operator or management body, it is obviously inadequate. Thus, the fundamental philosophical underpinnings of our payment systems regulation might need some re-thinking.

Another issue arises from the current regulation of the business of a bank. If one trades on BlockChain using BitCoins (a type of currency), or if you engage in the storage of Bitcoin, would that amount to the business of a bank, in which case the performance of that would require a specific banking license? The hallmark of banking business is related to deposits – particularly, the acceptance of deposits from the general public. It seems that using BitCoin to effect transactions could not be regarded as the business of a bank. Further, even if one engages in a type of large-scale Bitcoin storage, provided that storage is personal in the sense that the currency was not amassed via accepting a type of deposit of that currency, it does not appear that the activity would amount to any sort of banking activity requiring a license.

This should concern policymakers because this is a form of currency, that is largely unregulated which facilitates the movement of value. Our current banking regulation would not be applicable to the storage of Bitcoins because Bitcoins are not recognised in law as legal tender that is capable of being accepted as a form of deposit. The challenge is for South African policymakers is to facilitate, through regulation, the use of Bitcoins.

In addition, if a person in South Africa wanted to transfer a large amount of US dollars to someone in Iceland for example, as part of a sale, such a person would need exchange control approval from the SARB. However, in relation to BitCoins, some interesting dilemmas arise. First, would BitCoin trigger exchange control regulations? In other words, could one think of BitCoin as a foreign currency for the purposes of exchange control? One might argue that you can’t use BitCoins as legal tender at the grocery store, but on the other hand you might argue that you can use BitCoins in South Africa, just on the BlockChain system.

Secondly, if we accept that BitCoin is a foreign currency, can we ever conclude that it is actually a currency that is taken out of the Republic? After all, it’s a virtual currency, the virtual movement of which would be reflected on BlockChain, and whilst the users of BlockChain may be across borders, one could argue that no currency is actually taken or sent out of the Republic. Importantly, if BitCoin, as it is used via BlockChain technology manages to slip through the cracks of exchange control, one has to ask about the systemic risk it poses should usage become widespread.

Finally, could BlockChain, where it is used to facilitate the sale of securities – and where record of those transactions are kept on BlockChain – fall to be regulated as an exchange under the Financial Markets Act (FMA)? The FMA pivots the existence of an exchange on “a person”. In other words, an exchange for purposes of the FMA requires a person who maintains, constitutes and provides the system. The FMA recognises the Johannesburg Stock Exchange as being a person, who provides a particular system for securities exchange and related activities. However, how would the FMA apply to a platform that enables the trading of shares on a peer-to-peer basis. On the Blockchain platform no one maintains or provides a share trading system, just many people using the system on a peer-to-peer basis. This will obviously present as challenge for the current regulatory framework under the FMA.

It is apparent that, our policymakers need to move with speed to put in place a financial and banking regulation framework that will facilitate FinTech. We note that the SARB continues to monitor FINTECH developments and reserves the right to change its position should the landscape warrant regulatory intervention. However, South African policymakers should be motivated to implement the required regulatory reform when they consider the amount of value that is increasingly being moved and stored on Blockchain. The challenge for policymakers is how they regulate a peer-to-peer system that is based on trust. In addition, policymakers should also find FinTech very attractive as it might be just what is needed to make financial services more accessible .