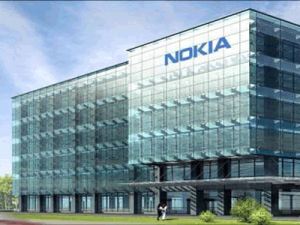 Nokia today issued the Nokia Threat Intelligence Report – H1 2016, revealing a sharp rise in the occurrence of smartphone malware infections in the first half of the year. Issued twice per year, the report examines general trends and statistics for malware infections in devices connected through mobile and fixed networks.

The report also highlighted the emergence of new, more sophisticated malware that can be more difficult to detect and remove.

Kevin McNamee, head of the Nokia Threat Intelligence Lab, said: “Today attackers are targeting a broader range of applications and platforms, including popular mobile games and new IoT devices, and developing more sophisticated and destructive forms of malware. Nokia’s network-based security solution is the best approach to address this growing threat to all types of devices. It detects and prevents malware activity that device-based solutions may miss.”

Key findings of the latest Nokia Threat Intelligence Report include:

The overall monthly infection rate in residential fixed broadband networks reached an average of 12 percent in the first half of 2016, compared to 11 percent in late 2015, primarily due to an increase in moderate threat level adware. These infections are mostly due to malware on Windows PCs and laptops in the home, but also include infections on smartphones using home WiFi.

Data in the Nokia Threat Intelligence Report is aggregated from deployments of the Nokia NetGuard Endpoint Security solution around the globe, covering more than 100 million devices, including mobile phones, laptops, notepads and Internet of Things (IoT) devices.