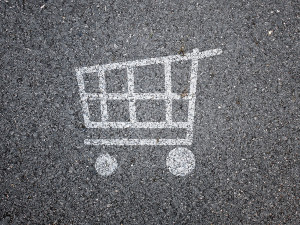 For every R150 spent at any Pick n Pay, customers will get a free pack of four collectible Super Animal cards that can be scanned, using Pick n Pay’s free downloadable app, to bring the animal on the card to life.

There are 108 cards to collect in nine categories: Fastest, Toughest, Deadliest, Smartest, Fiercest, Weirdest, Sneakiest, Loudest and Showiest. Each card has a barcode that can be read by a Sound Card Reader, available at Pick n Pay for R50. When swiped through this device, the sound of the animal depicted is brought to life.

Pick n Pay has also launched its own Super Animals app as a free download for Android and iPhones. The app is a Super Animals collecting companion which uses Augmented Reality to bring the cards to life. It can be used to track your collection, learn fun facts and download achievements.

The Super Animals app features innovative Augmented Reality (AR), the use of a camera to seamlessly blend virtual digital elements into our reality. Each of the collectible Super Animals cards can be scanned using the app, to bring an AR avatar to life – the avatar can also be tapped to produce the animal’s call as well as browse through some interesting facts about the animal.

“We are really excited about the app. It is built by a Cape Town-based company called Sea Monster and we think it is better than anything of its type that we have seen in the world. Kids will be absolutely blown away when they scan the Big Five in this app,” said Pick n Pay Customer and Trade Executive John Bradshaw.

There is also a collector’s album, filled with fun trivia and plenty of activities, that sells at Pick n Pay for R20. Pick n Pay will donate R1 from every album sold to support five partner environmental organisations: SANParks, the SPCA, Hoedspruit Endangered Species Centre, SANCCOB and the Endangered Wildlife Trust. “By partnering with these organisations we hope to highlight the great work they do day in and day out to make sure that our children and grandchildren can enjoy the incredible natural beauty we have been given here in South Africa,” said Bradshaw.

The campaign starts in Pick n Pays around the country on 11 July and will run until 4 September or the animal cards run out, whichever is first.