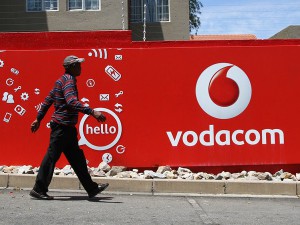 Vodacom Tanzania 4G went live in Dar es Salaam on May 11th 2016. Nokia and Vodacom have once again demonstrated the strong partnership that is linking the two entities in Tanzania since the beginning of mobile telecommunication in the country 16 years ago.

Ian Ferrao, Vodacom TZ General Manager said: “a massive investment has been done in our Network supplied by Nokia to offer our subscribers the fastest network in Tanzania”.

The Finnish Mobile Broadband specialist is also providing 2G and 3G equipment for Vodacom Tanzania. With the recent acquisition of Alcatel-Lucent, Nokia is more than ever driving innovation for a connected world. The company has 106.000 employees throughout the world and is weighting 26.6 Billion € Revenue in 2015. Pete Beadle (Nokia Country Senior Officer) said: “Our Company is putting a lot of effort in Research and Development. Nokia is spending 4.5 Billion ‎€ per annum. That is equivalent to the GDP of Dar Es Salaam. It is a serious investment done to make sure we will continue leading innovation to expand the human possibilities of the connected world”.

The Giant is present in almost all countries in Africa and is contributing very much to connecting the continent to the rest of the world. In Tanzania, Nokia is deploying and Managing Vodacom TZ network. In 1999, Vodacom obtained a license to operate a mobile Network in Tanzania, and the same year, its Technical partner registered a local company in Tanzania. Since then, the couple is tightly collaborating to serve Tanzanian users.

With the 4G commercial launch, Vodacom subscribers are reaching a new Milestone and are entering the speed era. Vodacom 4G is really fast. The throughput observed in the live network is truly phenomenal. “I experienced 80 Mbps from the speed test” said Ian Ferrao, Vodacom TZ Managing Director.

Speaking at the launch event, Vodacom’s Managing Director, Ian Ferrao said, “We have partnered with Nokia to roll out the fastest 4G network in Tanzania, with all sites connected to our metropolitan fiber network. All major cities in Tanzania can expect to have Vodacom’s 4G network rolled out in the future and the rest of the country in due course – once spectrum becomes available, we will accelerate our roll-out plans. Our vision is to lead Tanzania into the digital age and in order to achieve this we are committed to ensure that we deliver the best 4G services available in the Country.” Vodacom TZ has always been pioneering the most advanced telecom technologies in Tanzania and will continue to lead the telecom revolution in the country. Ferrao went on to say “Vodacom’s 4G LTE Network is built upon world class infrastructure that has been designed to ensure the fastest internet speeds, initially delivering our customers up to 70mbps. We are excited to roll out Vodacom’s 4G LTE network in Dar es Salaam where our customers can start enjoying the real 4G experience.”

Vodacom has an ambitious program that is centred on “speed”. High speed Internet must be available everywhere in country. The mobile operator is targeting 200 Mbs Mobile Broadband Access offered very soon in Tanzania.

Mobile Broadband is critical to accelerate socio-economic development in many aspects. In that perspective, the common effort done by Nokia and Vodacom together with this 4G launch must be saluted and Tanzanian authority through Mr. Paul Makonba, Dar E Salaam Commissioner, said again the great attention Tanzania is giving to development of ICT. Local authorities, are kept very much informed about Mobile Network deployments, especially in Dar es Salaam. Mr. Makonba marked his admiration about the speed of Vodacom TZ network. Not only the throughput, but also the technical performance of deploying very quickly a complex network under a very short time and make it work perfectly. Vodacom really walks the talk. “Hapa Kasi Tu!” which means ‘Here, it’s just Speed.’

Alec Mulonga (Vodacom Tanzania CTO) said: I am very delighted and proud of what Nokia & Vodacom Tanzania technology teams have achieved. Our Subscribers are looking for world class Mobile Broadband Service and that is exactly what we are bringing to them. With our partner Nokia, we will continue to deploy LTE in more cities in Tanzania, and be very focused on a executing on Quality of Service.”