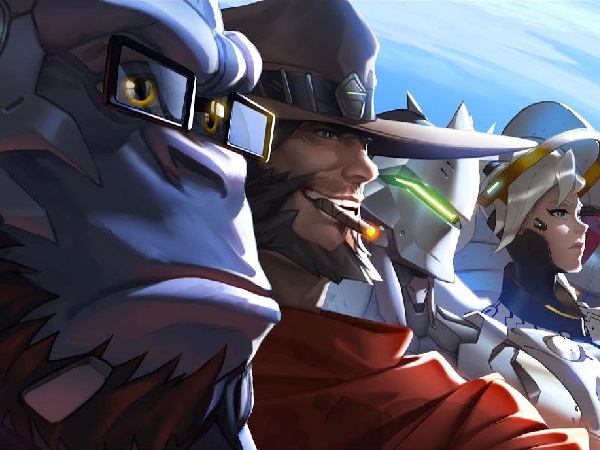 The Overwatch beta, which has been scheduled to run up until May 9 on PC, PlayStation 4, and Xbox One has finally arrived. Players can now prepare to clash on the battlefields of tomorrow with a Overwatch – a legendary force made up of soldiers, scientists, adventurers, and oddballs.

Tracer wields twin pulse pistols, energy-based time bombs, and is one of the faster moving characters on the battlefield. To add to her skills Tracer has the ability to “blink” through time, which essentially means rapidly move from one area to another… As well as rewind her personal timeline, essentially go back in time briefly, to regenerate health and ammunition.

Mcree is one of those characters that looks like he came straight out of the 1991 arcade hit, Sunset Riders. He is armed with a Peacekeeper, a flashy red/green cape, and the skills to take down enemies quicker than a pack of savage Coyotes. McCree also packs flash-bangs, and has the ability to dive, roll, and reload in one swift movement.

Gameplay from these three characters can be found in the video below:

As you can see from the gameplay featured above, each character in Overwatch is truly unique in appearance, personality, and play style. With 21 characters to choose from, Overwatch offers players – those who are competitive as well as casual gamers – the ability to not only choose the characters that appeal to them, but also master them.

Overall, from what I had experienced, Overwatch feels like the Street Fighter and Mortal Kombat of the first-person-shooter genre. Not only does it play smoothly, but it looks absolutely stunning when it comes to the game’s maps, characters, and environments.

Overwatch is expected to launch on May 24, 2016 on the PC, PlayStation, and Xbox One.