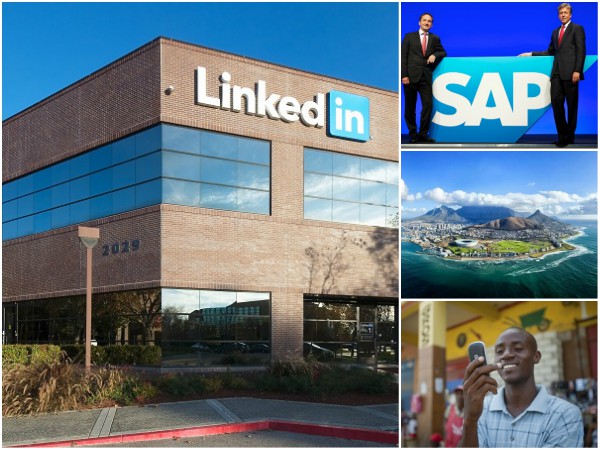 SimbaPay to allow money transfers of up to $45000 USD to Africa
SimbaPay has revealed that it has “Revolutionised the remittance space” by allowing its customers to transfer up to $45,000 USD to countries in Africa. This is substantially higher than the previous transaction limit of $3,000. Read More.

Hack Jozi Challenge selects top ten digital ideas
The top ten of the 2016 #Hack.Jozi Challenge has been announced. The varied ideas include ways for parents to reduce screen time for their children, a free pick up and drop off laundry service and an online platform to upload or download building plans for quicker approval by local authorities. Read More.

MTN Group unpacks its Sustainability Report for 2015
MTN Group continues to make strides in achieving its sustainability vision of protecting and creating economic value for the company and its stakeholders, through responsible environmental and social core business practices. Read More.

Africa leads the way with mobile data
There has been a significant shift in the telecommunications landscape over the last 15 years, and the fast evolution of connectivity has brought us from the screeching tones of a dial up connection to ADSL, fibre, WiFi and 2,3 and 4G connections. Read More.

Spearphishing – the prelude to bigger things
Spearphishing can be the start of a bigger attack and difficult to defend against, but by encouraging customers to employ robust security training and policies MSPs can help companies become more secure, says Ian Trump. Read More.

10 LinkedIn tips for the African professional
Most recruiters these days will take a look at your LinkedIn profile to learn more about you. If your CV captures their eye and they’re interested in interviewing you, you may be on the fast-track to a new career. Read More.

Why connecting women globally is vital
Without question, mobile has transformed our lives, altering the world’s social and economic landscape, boosting the global economy and supporting millions of jobs. Mobile is becoming increasingly entrenched in our everyday lives, fundamentally changing the way that we go shopping, make payments, listen to music, access social media, watch videos, do business and so much more. Read More.

“Business downtime costs businesses millions” – Gregg Petersen: Veeam
IT News Africa caught up with Gregg Peterson at the 2016 VeeamOn Forum, which was held at Jumeirah Beach Hotel in Dubai. In the interview below, Gregg Petersen gives an overview of the forum as well as discusses how downtime can cost companies millions in revenue. Watch The Interview Here.

In Pictures: VeaamOn Forum 2016
Take a look at this year’s 2016 VeeamOn Forum, which was held at Jumeirah Beach Hotel in Dubai. View the image gallery here.

Could Cryptocurrencies be the next big thing in Africa?
Mobile money is booming in Africa, and digital currencies are at a close second, due to the same reason: 30% of Africans lack access to traditional financial services such as bank accounts and credit cards. Read More.

Overwatch Beta Impressions & Gameplay
The Overwatch beta, which has been scheduled to run up until May 9 on PC, PlayStation 4, and Xbox One has finally arrived. Players can now prepare to clash on the battlefields of tomorrow with a Overwatch – a legendary force made up of soldiers, scientists, adventurers, and oddballs. Read More.

Ratchet and Clank Review – PlayStation 4
The latest title from developer Insomniac Games comes as a PlayStation 4 exclusive. This time around, the development team brings to life – on Sony’s latest console – two of gaming’s most iconic characters, Ratchet and Clank. That’s right, the dynamic duo has made a triumphant return in one of the most charming and visually stunning adventures yet. Read the Review.

Mafia III set to launch October 7 2016
2K and Hangar 13 have announced that Mafia III, the next installment in the game series, will launch on October 7, 2016. The title will be launching on PlayStation 4, Xbox One and Windows PC. Read More.