The SEGA Mega Drive Classic Game Console, also known as the Sega Genesis in North America and the Super Aladdin Boy in South Korea, has made its way back to the South African market. Now for those of you who grew up in the late 80s and early 90s will know the original SEGA Mega Drive featured some rather iconic video games titles, which included the likes of: Sonic the Hedgehog, Streets of Rage, Golden Axe, Crack Down, Altered Beast, and Mortal Kombat 1, 2, and 3.

These iconic titles were the gateway to gaming for many individuals… especially those who had not had the opportunity to play classic Pong, Super Mario Bros… or even Excite Bike on earlier consoles. The SEGA Mega Drive was the console to have back in the late 80s and early 90s, and thankfully, thanks to Apex Interactive, as well as console manufacturer AtGames, the Mega Drive has now made a return in 2016. 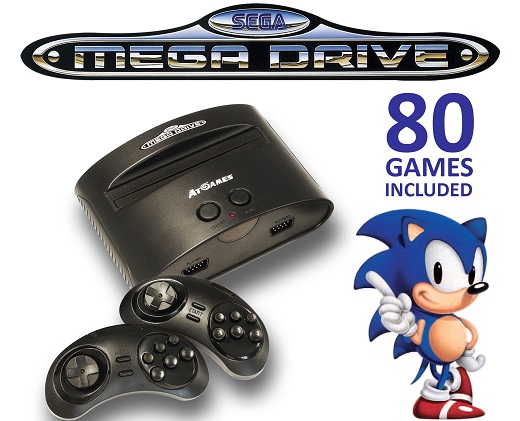 Once unboxed, you will find the SEGA Mega Drive Classic Game Console comes standard with two wireless remotes, an AV cable, and power cables. Included with the console is 80 built-in games, which means you won’t have to go hunting for something to play just yet. For those who already have a library of SEGA Mega Drives cartridges, you will be pleased to know that most cartridges from all regions are compatible with the latest console.

While the console does come with all the bells and whistles, it does not include batteries for the wireless controllers. While this is not entirely a bad thing… including them would have allowed for an easier pick up and play experience. Another slight issue that I have with the console is the fact that the battery pack cover is screwed in. This makes it slightly difficult to access… especially if you do not have the proper tools to do so. A simple clip in battery pack cover would have made replacing the batteries a far more streamlined process. 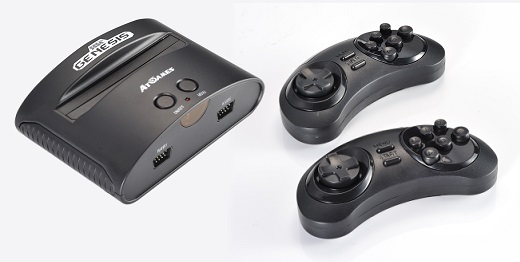 Apart from the battery pack issue, the controls are actually rather solid when it comes to durability and design. Just listening to the buttons click into place makes them feel like a lot of time and effort was placed into the design. As technology has evolved, the AtGames version of the Mega Drive comes with wireless technology. While it does work rather well, just keep in mind that you will need to keep the controller lined up with the sensor. This will essentially prevent signal loss. For those looking for a classic approach, the console does feature ports for those original Mega Drive controllers to be plugged into.

When looking at the entire package, you will find that the controls as well as the console are great quality. To add to this, the games play well and no noticeable performance issues were noted during this review. Moving away from hardware, the game library featured with the SEGA Mega Drive Classic Game Console is pretty impressive, especially with the console coming in at a price point of R1499. Making up the 80 built-in games are 40 of SEGA’s greatest games as well as 40 games that are more arcadish and education orientated. The full list of games can be found here. 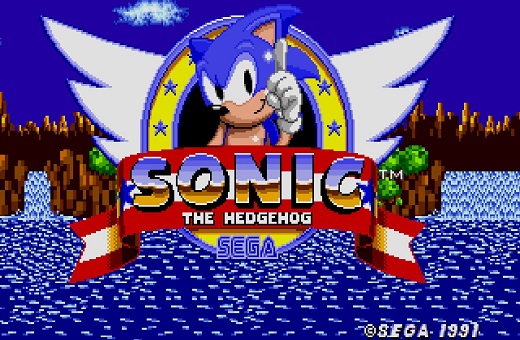 Conclusion:
Is it really worth it to purchase the SEGA Mega Drive Classic Game Console? Yes… Yes it is. While this will feed any retro gamers appetite, it will also allow gamers who grew up in the 80s and 90s to introduce their children to the world of classic gaming.

To add to this, R1499 is an attractive price… especially when the console comes packed with 80 built-in games as well as a ton of nostalgia.