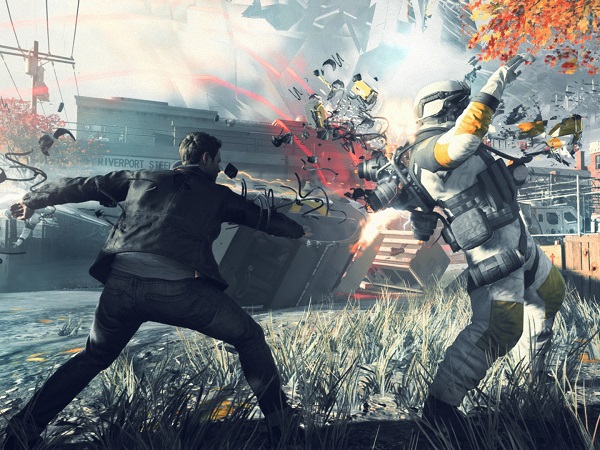 Remedy Entertainment’s latest Xbox One Exclusive, Quantum Break, is set to launch on April 5th 2016. We have had some extensive time with this title, and will be previewing Act 2 of Quantum Break in the video featured below.

In the video below, we showcase some of Jack Joyce’s newly acquired time powers such as: Time Vision, Time Triggers, and Time Blast.

Quantum Break is an upcoming action-adventure third-person shooter video game developed by Remedy Entertainment and published by Microsoft Studios, and will be released exclusively on Microsoft Windows and Xbox One. A Quantum Break digital live-action series is also in production. The game will feature digital episodes that interact with the game based on the player’s choices.