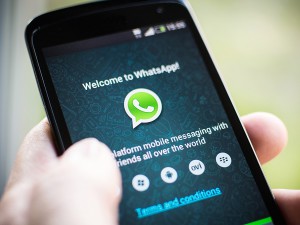 According to a blog post issued by mobile messaging service WhatsApp, the company has made the decision to end support for all BlackBerry devices by the end of 2016.

According to the company: “As we look ahead to our next seven years, we want to focus our efforts on the mobile platforms the vast majority of people use. So, by the end of 2016, we will be ending support for WhatsApp Messenger on the following mobile platforms: BlackBerry, including BlackBerry 10, Nokia S40, Nokia Symbian S60, Android 2.1 and Android 2.2 as well as Windows Phone 7.1.”

The blog post additionally stated that: “While these mobile devices have been an important part of our story, they don’t offer the kind of capabilities we need to expand our app’s features in the future.”

The company concluded the blog post by stating that: “This was a tough decision for us to make, but the right one in order to give people better ways to keep in touch with friends, family, and loved ones using WhatsApp. If you use one of these affected mobile devices, we recommend upgrading to a newer Android, iPhone, or Windows Phone before the end of 2016 to continue using WhatsApp.”