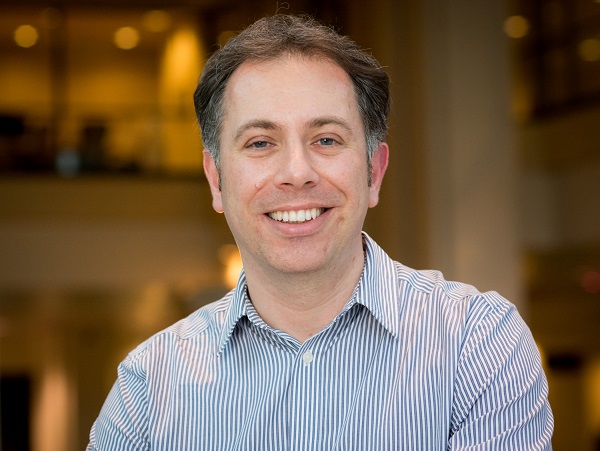 New ideas are often opposed before they are adopted. When new ideas are ultimately embraced, and lead to success, it’s always as if this opposition never existed at all. The growth of the cloud is happening in the same way.

The opposition is fading away and again adoption is leading to spectacular results. These results are in the form of new businesses, launched on a credit card budget, enterprises speeding up innovation, and experimenting quicker, and governments giving more services to citizens, more often. What this all means is those who don’t adopt the cloud, may eventually fall behind because developing without using the cloud is virtually impossible if you want keep up with the competition.

In the sixties and seventies, everyone wrote binary code. The first programmer to suggest using characters was ridiculed and people told him it would be useless, because no-one was used to it. But if you look at where we are now, it is clear who was right. This pattern repeats itself: at the start of this century the use of Java was not popular, by 2005 everyone was using it because of its platform independence. This means that Java programs can be run in many different environments: Windows PC’s, Macs, computers running Linux or Unix, but also cellphones, mainframe computers and in the cloud. We are seeing similar adoption trends emerge again.

When the cloud was introduced nearly 10 years ago, reactions from some were lukewarm. “Why would I use the cloud, if I have my own server?”, they asked. In this case too, after some time, people acknowledged the cloud didn’t only mean change, but also progress. The reason businesses have flocked to the cloud is because of the many benefits. For example, by using the cloud, businesses are able to easily increase or decrease computing resources depending on the size of the project. This is improving business flexibility, and also reliability. Because cloud providers are able to maintain a very high uptime, in most cases much higher than businesses can achieve with their own technology infrastructure, users know they will always have access to their technology resources. This not only makes a difference for big businesses, but for smaller startups as well, where the benefits can be even greater.

Using the cloud, smaller businesses have access to computing power they could only dream of reaching if they had to use their own hardware. Plus, by outsourcing the maintenance of their servers, developers are able to focus on what really matters to them: the code. They are no longer forced to pay attention to something that, however essential, is not a part of their job. To be able to leave it to an organisation that are experts, is an ideal solution.

Moreover, this means that the cloud enables democratization. In the early days, companies had to buy the hardware themselves. This meant that only the world’s richest or most well-funded organizations could get access to the best technology and the most storage or compute power. This in turn stifled innovation as innovation was directly related to how much money a company had those with the most money could afford to experiment more. But with the cloud, businesses are able to keep costs very low, which means small business and start-ups are able to experiment more often and lower the cost of failure – ultimately increasing their chances of success. This is very visible in app-development.

In the last few years there has been an enormous explosion of new apps. The reason: developers don’t have to worry about infrastructure, but are able to focus completely on building new, groundbreaking apps. The majority of successful apps in any App Store are likely to have been developed by just a handful of developers and most apps are also still maintained this way. Take AirBnB as an example. The infrastructure of Airbnb is run by just five people, with thousands of clusters on AWS. By offloading the undifferentiated heavy lifting of running and maintaining servers to AWS AirBnB can concentrate on building a great experience for their users. This is helping them deliver spectacular results with AirBnB booking over 450,000 rooms per night.

The acceptance of the cloud is now on the way to having the same level of acceptance as Java has reached, but it is still Day One. More and more companies will see and benefit from the advantages it offers. Companies that are not prepared to start using the cloud, may fall behind, because the future is in the cloud.