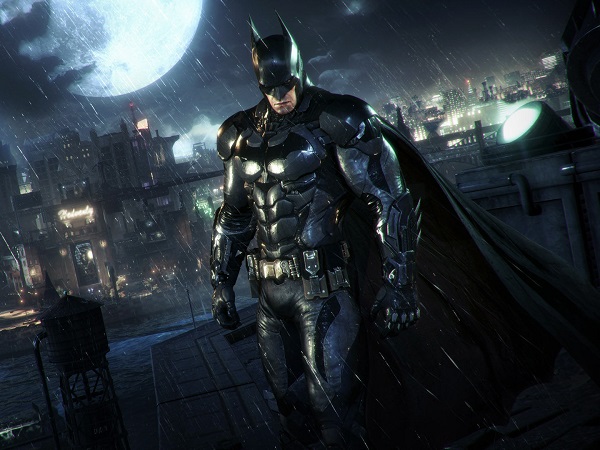 Batman: Arkham Knight is set one year after the events of Batman: Arkham City. The Joker is dead and crime has dropped in Gotham; however, things change dramatically when the Scarecrow forces a civilian evacuation of Gotham City after threatening to unleash a new fear toxin. In addition to this… Penguin, Riddler, Two-Face, Harley Quinn and even more super-villians come out of the shadows in order to take down Batman. If that was not enough of a threat, Batman also has to face off against a new enemy, The Arkham Knight. With little known about The Arkham Knight and multiple enemies to face, Batman must do whatever it takes, even if that means betraying those closest to him, to stop the latest assault on Gotham. 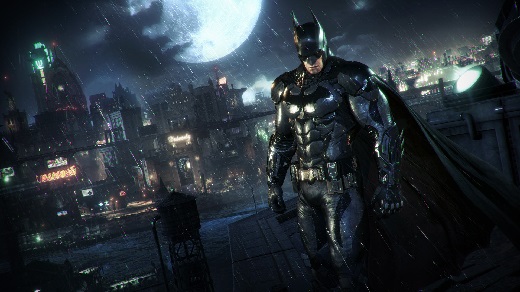 While I won’t reveal too much of the plotline, to avoid spoilers, Batman: Arkham Knight features a rather fantastic storyline that really draws the player in. To add to the fantastic storyline, gameplay has also improved quite a bit since the last title in the series. Batman’s movements seem more refined and traversing the rooftops of Gotham now feels smoother. The already spectacular free flow combat system has also seen a few new welcomed additions. Batman can now interact with different objects in order to perform take downs as well as take down up to five enemies at once using a Fear Take Down. In addition to this, Batman also teams up with familiar sidekicks at certain points in the game. During these battles the player can switch between Batman or, for example, Nightwing and perform some rather devastating tag team take downs.

Batman: Arkham Knight, for the first time, now gives players access to the Batmobile. While the Batmobile is both a gift and curse, it can also be used to perform various take downs as well as help Batman solve various puzzles featured throughout Gotham City. The curse of the Batmobile comes in the form of challenges presented by the Riddler. These come in the form of time trial races, which are either too easy to complete… or just way too hard. There are a lot of them too. The races are also tied to Batman’s on and off again love interest, Catwoman. This means that in order to save Catwoman, you essentially have to beat the Riddler.

To add to the bane of these challenges, you will also have to face multiple attack drones on the streets of Gotham. In order to take on each drone, you will need to switch the Batmobile into tank mode. Once in tank mode the Batmobile becomes a force to be reckoned. This was fun and first as it added a completely new gameplay mechanic to the Batman trilogy; however, after battling multiple drones, it tends to become repetitive and feels a bit forced.

Apart from facing endless hordes of drones and Riddler challenges, the introduction of the Batmobile is greatly welcomed. Especially due to the fact that Batman can control it remotely as well as summon it to Batman’s location. It’s just a pity that this is apparently the last Batman title from the team at Rocksteady as it would have been great to see how they would utilise the Batmobile in future titles. Thankfully, there is so much to do in Batman: Arkham Knight that it will keep you entertained until the team at Rocksteady changes their minds. 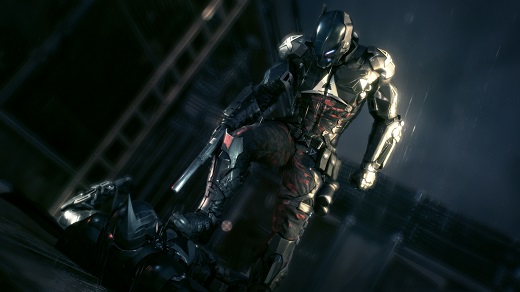 As always, players will be able to upgrade Batman’s skills, via skill points, as well as use number of old and new gadgets throughout the game. As stated before, Batman: Arkham Knight features an open-world, which is packed with various different challenges that allow you to earn those all important skill points. Players can also earn skill points by completing the main story mission. Unlike previous titles, Gotham’s open-world is also packed with thugs patrolling the streets, as well as other enemy types. This makes Gotham feel dangerous as the player will need to be vigilant when travelling through the streets or skies of Gotham City.

When it comes to visuals, Batman: Arkham Knight is absolutely breathtaking. The city has been designed to perfection and so have the characters. My only gripe with the game was the constant rain in the beginning; however, this clears up after a while. To compliment the spectacular visuals, Rocksteady employed a fantastic voice cast, which includes the likes of Kevin Conroy as Batman, John Noble as Scarecrow, and Mark Hamil as the Joker. 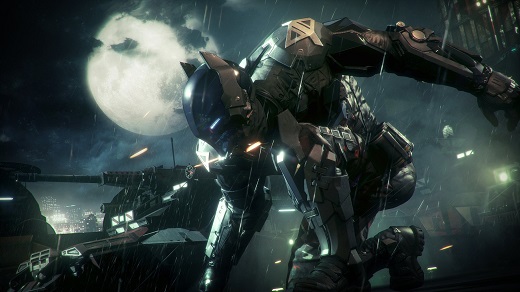 Conclusion:
Rocksteady has never failed to disappoint when it comes to a Batman title. The development team has gone from strength to strength with each game. While Batman: Arkham Knight is not entirely flawless, it is most definitely a contender for Game of the Year.