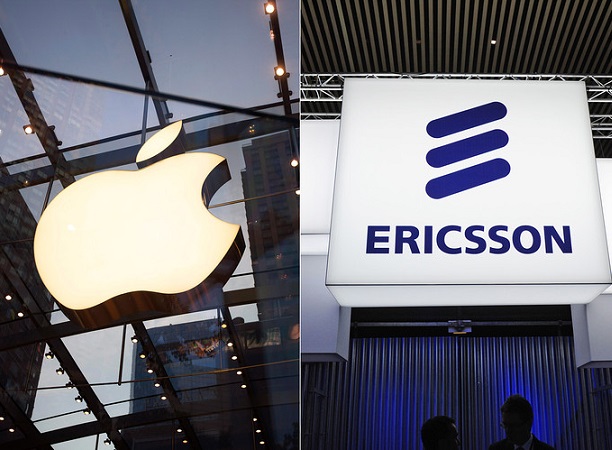 According to a report via Mobile World Live, tension has arisen between Ericsson and Apple. This is not the first time that the two technology giants have clashed. According to gigaom.com, Apple and Ericsson battled over LTE patents in January 2015, which relates to the current dispute.

According to the report, Ericsson has taken its legal battle with Apple to Europe – where the company has filed lawsuits in Germany, the Netherlands and the UK – to ramp up pressure on the iPhone-maker to pay royalties, on standard-essential patents, on what it insists will be a fair, reasonable and non-discriminatory (FRAND) basis.

Gustav Brismark, Ericsson’s vice president of patent strategy, told Mobile World Live that: “Our FRAND terms [with Apple] are in line with the other some 100 licensees using our technology. Our policy is to be fair and treat everybody the same in the market. We simply demand a fair royalty.”

According to the Mobile World Live report, at the moment, the Swedish supplier has stated that Apple is selling products using unlicensed Ericsson technology; however, the licences have expired.

In the report, Brismark stated that: “Our long-term objective, as it has always been from the start of negotiations, is to find a solution in line with our FRAND commitment. We firmly believe what we have already offered to Apple is FRAND. In the end, we hope to find a global [licensing] solution.”

Apple has essentially claimed that Ericsson’s royalties are excessive and disputes that some of the Swedish supplier’s patents are essential to LTE, the report revealed.

“Companies like Ericsson spend billions of dollars in R&D, and the technology we develop is embedded in phones as well as infrastructure, and without it we would not see tremendous improvement in performance,” he said. “This benefits consumers and the whole industry, and it enables companies like Apple to enter these markets in a very successful way. We think that’s good, but we just want fair compensation.”

According to BBC.com, in 2014, phone maker Samsung paid Ericsson $650m (£421m) to end a dispute over patented technology. Analysts estimate that if the courts side with Ericsson it would get payments of up to $725m annually from Apple.