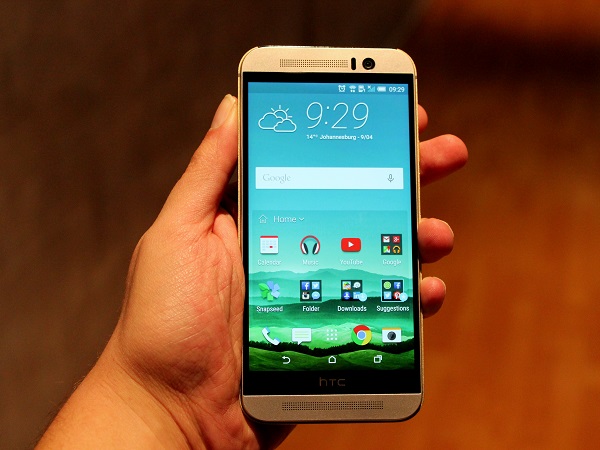 Smartphone manufacturer HTC has revealed the release date of the HTC One M9 in South Africa. According to HTC, its latest smartphone will be available in June 2015.

Neeraj Seth, Head of Marketing, HTC MEA stated that: “The HTC One M9 is an extension of you as it is attractive, intuitive and highly customisable. We are positive that South Africans will love the many benefits it will bring to their lifestyles with its enriched user experience and fantastic specifications.”

“Our newest smartphone, once again, pushes the boundaries of innovation and design by offering our customer a more intuitive phone and a more refined experience than ever,” said Nikitas Glykas, Vice President, HTC MEA.

“At HTC we have directed our efforts into building a brand around innovation, customer insight and value. We want our product to be an extension and an indispensable part of our customer’s lives. The M9 is the quintessential smartphone of choice for ardent technology and lifestyle enthusiasts.”

According to HTC, the HTC One M9 will come with customisable themes to put the user at the centre of the smartphone experience; intelligently analysing your favourite photos to modify the look and feel of your apps, colour scheme and backgrounds. The HTC One M9 features a 20 megapixel rear-facing camera, which has the ability to shoot movies in 4K resolution.

The smartphone manufacturer also revealed that the front facing camera addresses low light shots with a front-facing UltraPixel camera. The device will also feature HTC BoomSound, which has now been combined with 5.1 channel Dolby Surround sound3 simulation. HTC has also included a more intelligent HTC BlinkFeed experience, which according to the company, makes it easier to uncover the hidden gems that surround you by using location data to recommend points of interest, news and information.

As an added feature, the HTC One M9 comes preloaded with the Peel Smart Remote app. Which instantly connects users to popular TV shows. Additionally, the app learns your viewing habits, and transforms your phone into a personal TV guide and remote control.

Powering the HTC One M9 is the Qualcomm Snapdragon 810 octa-core processor. The device also comes with Android Lollipop, and has a on-board storage capacity of 32GB – which can be expanded upon up to 2TB with a microSD card. The device also features 3GB of RAM in order to run things smoothly.