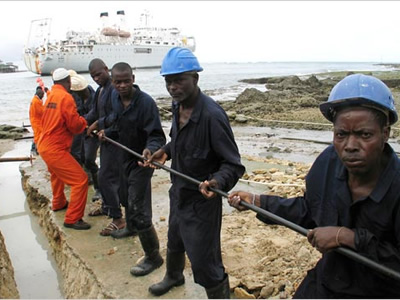 The consortium behind the Asia-Africa-Europe 1 (AAE-1) submarine cable system have signed a supply contract with NEC for the S1H segment. According to reports, the AAE-1 will be the first high-capacity cable system to link all major South East Asian nations to Africa and Europe via the Middle East. Serving unprecedented growth in Asia-Africa trade, as well as the markets of Vietnam and neighbouring countries, the new cable system will deliver, according to NEC, reliable, low-latency connectivity. It will also provide desperately needed diversity for the congested subsea systems currently connecting countries along the route.

NEC holds a wealth of experience in submarine cable projects throughout the Asia Pacific region, and provides best-in-class system component design, compatible with the overall AAE-1 system architecture. The consortium will work with NEC to ensure AAE-1’s Thailand-Hong Kong segment is ready for service at the same time as the Europe-Asia segment.

According to the NEC, AAE-1 will employ 100 Gbps technology, with wavelength add/drop branching units along the lowest-latency route, as well as cross-sectional capacity to a minimum of 80×100 Gbps in each trunk fibre pair. This collaborative venture will produce the largest cable system on this route throughout Points of Presence (PoPs) in Hong Kong, mainland China and Singapore, as well as a number of diverse onward-connectivity options in Europe, such as France, Italy and Greece.

How the MÉTISS Undersea Cable Connects South Africa to Mauritius