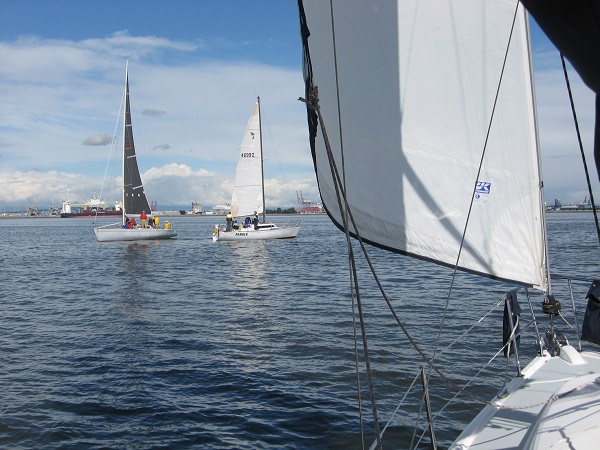 TomTom South Africa has revealed that they will be sponsoring one of the VIP boats at the inaugural 2014 RiskSA Regatta. The biggest corporate sailing event this side of the Atlantic, will be held on 25 – 26 October 2014 at the Royal Cape Yacht Club in the Port of Cape Town’s Foreshore.

‘The TomTom VIP boat will host the industry leaders and other guests, giving them a first-hand account of the Regatta’ said Etienne Louw, Managing Director at TomTom South Africa.

The Royal Cape Yacht Club in Cape Town’s picturesque Table Bay will see off 20 racing keel boats, branded with company regalia, as they compete for top honours and big prizes. This is the America’s Cup of the South African insurance industry – a first of its kind in South Africa.

The crews of each boat need not have any sailing experience, as each boat will have a competent skipper and qualified crew to help, however each guest or crew member will play their part in bringing their boat to the finish line.

The Royal Cape Yacht Club’s Development Sailing was established to introduce underprivileged youth from within the city of Cape Town and its surrounding areas to the opportunities available from partaking in ocean sailing. The RCYC Development Sailing provides the youth with the opportunity to further their careers within the marine industry and progress with the sport of sailing.  Skills that are learned include navigation skills, boat handling skills, first aid and interpersonal skills.

As a part of the event RISKSA, in accordance with the Royal Cape Yacht Club, will be donating a portion of the proceeds to the RCYC Development sailing team.

Rubbing shoulders with fellow industry role-players has never been so much fun! Move over America’s Cup, welcome the RISKSA Regatta.

Nissan To Launch Subscription Service – A Different Car Every Day

Spotify is launching a new streaming app for kids