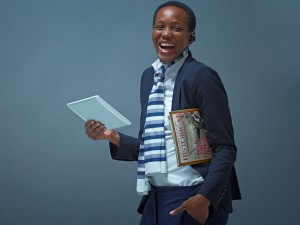 In 2013, the global market of tablets experienced a slight slowdown. Previously, this market showed spectacular growth these last few years. The analysts now fear that the stagnation will come due to a saturated market in developed countries; therefore, manufacturers are going to face an important evolution of the market in 2014, in particular through the transition towards emerging markets and especially Africa. Our focus is on this new landscape with the example of MySimax, a startup company, looking at the delivery of tablets and application for the emerging markets in Africa.

Stagnation of the sales in developed countries

Starting in 2010 with the IPad launch by Apple, the development of the market of tablets has been spectacular showing growth rates above 100% every year. According to the cabinet IDC, the sales of tablets in 2013 reached once again a historical record with about 220 million devices all over the world. Nevertheless, the market shows a significant deceleration of the growth (50% year by year).

Indeed, while the beginning of the 2013 year did not show any sign of further moderation of the growth with an increase of 140% in the first quarter, this figure dropped steadily during the year to stabilize under 30% in the last quarter of the past year.

The experts are concerned in particular about the possibility of a saturation of the market. In developed countries mainly, it seems that the level of household equipment is now very high. As we enter 2014, the major stake will be to renew the demand by moving toward new markets. To this end we should employee two levers: the establishment in emerging countries with high potential, where the equipment saturation rates are still very low, as well as the development of tablets adapted to new kind of usages, both educational and professional use.

Expend in Africa: the example of MySimax

According to Daxue Consulting, these emerging markets experienced a growth of about 145 % in 2013, while the mature markets had a limit of 30 %. Among these emerging markets, many African countries show high-potential. Many of them still offer great openings for brand establishment. Indeed, while some of the most powerful brands have already met with success in emerging countries, as Apple already grabbed 50% of market shares in China, many African countries offer the unique opportunity to be seen as a pioneer and a privileged partner because of their low equipment rate and their strong needs.

We sat down with Jean-François Mve, director of a consulting firm and mainly a major contributor of the “Strategic plan for an emerging Gabon, 2025 vision and 2011-2016 strategic orientation”1 of the president Ali Bongo. “Africa cannot keep living in the paper and pencil age. The train of innovation is moving in Africa and the tactile technology can be a great symbol of this evolution if we provide our students, our administration, our hospitals… with this technology” he said. Furthermore, Gabon is looking to “work with a supplier to create a hub. If we start now, we could lead the way for the continent.” Indeed, we saw many projects all over Africa these recent years: the “Silicon Savannah” in Kenya, “Hope City” in Ghana or the Forum « Accélérer le développement de l’Afrique » (Accelerate African development) in March 13, 2014 in Kigali.

The brand MySimax is a start-up company marketing tablets and targeting essentially Africa. As JX Paulin, its co-founder and director told us “emerging countries are the markets of tomorrow for high-end technological devices. Consumers from these countries desire to enjoy the same consumption as their equals in western countries, and it would be absurd to not propose to them a customized offer.” It directs the targeting of consumers with a desire for new experiences, and wishing to be able to reach the best technology.

“Nevertheless, it would be an error to enter into these markets without an effort of adaptation and understanding,” JX Paulin added. “They require knowledge on the local environment. It is a question of being a provider of high-quality and adapted solutions, and of giving access to the technology. And it can be possible through partnerships with local investors or communities, because we cannot address only the private individuals in such countries. It includes governments, administrations, schools and all organization related to the public communities,” he said.

At the moment, tablets are mainly perceived as a products adapted for leisure time. They are used to watch movies, play video games, surf on the Internet, or read an electronic book. If brands want to find a new driver of growth, either in emerging or developed countries, they should look at the alternatives that constitute the use in professional or educative environments.

Tablets have no practical tools to publish, edit, and manage documents and content as proposed on PC for instance; nevertheless, the demand is really high. This is due to tablets undeniable advantages in terms of ergonomics, ease of use, and mobility in a company or educational environment.

“In schools, tablets are very interesting for all the teachers or the directors we met because they are seen as the perfect alternative for books. Actually, they can replace the whole school bag….” joked JX Paulin. For him, the MySimax brand proposes tablets specifically designed for the educational environment, which represents a natural frame to the use of tablets. Of course, selling tablets by arguing that it can guide the whole process of learning will be wrong. Their aim is not to substitute teachers but to assist the education institutions.

“Tablets allow (students) to store not only the same support and all the teaching content, but also additional contents such as videos and audio material. It can give tools, like the search engine, to the student to increase his knowledge individually. Last but not least, this tool can enable students to increase their interaction between with other students, within the class but also from different schools”.

The stake is no longer only in the tablet, but a full array of services and applications which can be offered according to the target environments. In Africa, for instance, there are many fields of technology which are currently starting from scratch in the majority of countries. « A company which wants to sell tablets in our countries should offer apps tailor-made for our needs, looking at the sectors we have interest in” told us Jean-François Mve. Thus he added: “Education, healthcare, commerce, and civil security apps can be successful here.”

Thus technological devices, like tablets, can be developed at the same time with the applications specifically designed for the target environment. These apps should be user-friendly, adapted for differing cultural tastes, and, most importantly, be of interest to a set of sectors such as medicine, pharmacology, or public administration.

JX Paulin concluded by asserting that «I am very confident about the expansion within Africa in the very near future. I am Franco-Togolese and I would like to contribute to the growth of Africa by providing high-technology and educational apps for universities, organization, governments, clinics, etc.… The distribution of tablets has to go hand in hand with the launch of numerous applications presenting a real interest for a large number of sectors. Spreading your range of applications will mean spreading your potential markets.”

How to overcome some of the barriers to development

The development of tablets shows great potential in Africa. However, it still faces strong issues related to the specificity of each African society. For instance, some African countries show electricity grid shortage, local needs distant from technology and mainly slowness of local administration… Therefore, the design of the device and the commercial strategy should be adapted to the local situation.

Disseminate a technology as tablets in Africa can be successful and worthwhile if this technology is particularly valuable for the poorest people, less educate; instead of being used only by the richest elites, powerful and instructed but too few. But the opposite occurs many times. Technology is easier to get to to rich people and even if the access is given to anyone, it is expensive to be installed, monitored and updated; moreover, usage will be much more intuitive and useful for people already educate than for the poor population.

Therefore, the establishment of tablet devices targeting students or social services and administrations should be contributed by local authorities; it includes purchasing, supplying and teaching processes.

Then, we can assume that the main target of a newcomer brand willing to establish its devices in an African country will be the local administration, government or authorities. If the government remains passive or do not want to favor technology as a development stake, the success is almost impossible. But it is clear that many African administration are not about to start such investments. Indeed, there is still a lack of appreciation of this kind of investments in Africa, in spite of the valuable advantage taken by countries which have already launched technological projects.

Tablets do not rely highly on existing technological equipment to support their usage, beside the electricity grid. Moreover, with the right applications, it has shown it’s worthwhile for sectors such as education or healthcare which are yet sometimes stretched. The main issue for its development in Africa is the distribution process and the technology access of population, which must be supported by local authorities and government.

And the question is: does each country feel ready to start the technological development process? Does tablets development can be part of the educative and social rising process in Africa? These questions are crucial for investors, such as JX Paulin, who are looking to contribute to this development and this rise.

5 Ways to Effectively Defend Against Cyberthreats