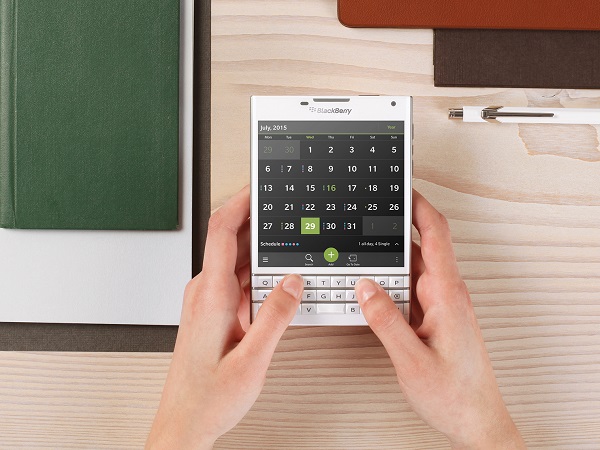 BlackBerry is in the process of rolling out its new qwerty keyboard smartphone, the BlackBerry Passport. According to the company, the device should be available before the end of 2014 in South Africa. The device features a 4.5-inch square touch screen, touch-enabled keyboard and has a 3450 mAh battery.

According to the company the BlackBerry Passport is aimed at business professionals. The device also features a Corning Gorilla Glass 3 display with a 1440×1440 resolution, which has been optimised for viewing and creating content.

Like most new Blackberry devices, the BlackBerry will come pre-installed with the latest version of BlackBerry’s OS, 10.3, and comes loaded with new productivity features including BlackBerry Blend and BlackBerry Assistant, as well as the BlackBerry World storefront and Amazon App store for Android apps.

Blend is a new feature that syncs messages and content from a BlackBerry smartphone to a computer and tablet. It allows users to get instant message notifications, read and respond to email, BBM or text messages, and access documents, calendar, contacts and media in real time on any device. Other features of the phone include a quad-core 2.26 GHz processor, 3 GB RAM, 13 MP rear camera and 32 GB internal memory.

The BlackBerry passport is set to land on SA shores near the end of 2014.

Mobile vs Desktop: Which is Better for Trading?