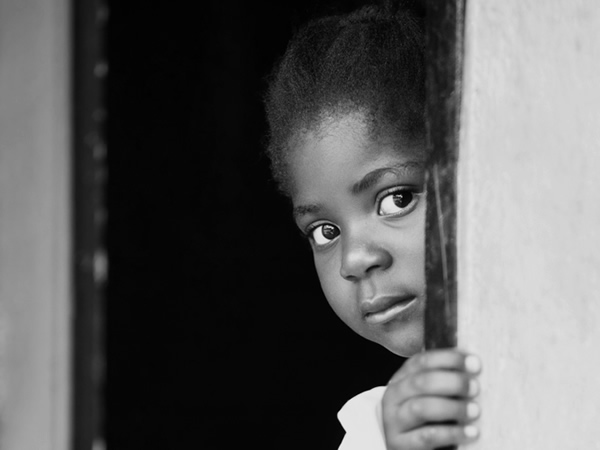 There have been a number of global incidents reported lately that involve the abuse of technology to instigate or perpetuate behavior that is considered immoral, unethical and/or socially unacceptable. Issues like child pornography, cyber bullying, sexting, grooming by predators, scams and hate-speech have authorities concerned over what users are exposed to on the Net, via mobile applications and devices, and on social networks – particularly children. Africa, it would seem, is not immune to the problem.

Over the past two months, several media reports have surfaced detailing issues that involve technology on some level, whether to document and disseminate material, or as a central tool through which to conduct the actual activity. Below are just a few examples:

More recently, an article titled How Sweetie caught 1000 pedophiles spoke of how a Dutch children’s rights group created a computer generated 10-year-old character and used it to identify over 1000 pedophile globally. The report detailed how the pedophiles had been willing to pay for sexual acts performed in front of a webcam in a new, disturbing trend known as webcam child sex tourism.

In South Africa, the safety of minors was brought into question after news of an apparent case of sexual grooming broke at Hyde ParkHigh School in Johannesburg in September. A teacher was reported to have been eventually suspended for allegedly sending pornographic material to a 16-year-old pupil.

The United Nations Children’s Fund (UNICEF) South Africa says that The Centre for Justice and Crime Prevention (CJCP) recently published the 2012 edition of the National School Violence Study, which included a specific section on online violence.

Approximately 6000 children from all nine provinces in the country responded to the survey. The findings show that around 20 per cent of children said that they had experiences some form of online violence or aggressions in the past year. The most common of these were online fights, where angry or rude language was exchanged in a chatroom or a social networking site.

Less common were experiences of receiving messages or being posted about with the intention of damaging their reputation (3.7%), being threatened or intimidated online (2.5%) or having someone send sexually explicit images/messages of the respondent by phone or computer (2.3%).

“As part of National School Violence Study, UNICEF has partnered with CJCP to conduct focus group discussions to get a better idea of how and why young people engage in risky behaviour online – and how they deal with negative experiences and build resilience. The Study will be published at the end of November 2013,” the Organisation states.

Professor Basie von Solms, Director of the University of Johannesburg’s (UJ) Centre for Cyber Security, has said that with developments such as extra broadband, a growing number of mobile applications and the establishment of numerous technology hubs, South African cyber space will become increasingly attractive to offenders, unless the threat is substantially diminished.

“It is clear that traditional, reactive approaches to information security are not enough anymore, and more aggressive methods must be designed to go out there, identify attackers and their motives,” he added.

According to UNICEF representatives it is difficult to make a comparison with other countries on the continent because there is a lack of data on the prevalence of the issue in other countries. Where data has been collected, usually the research methodologies and sampling are different, so a strict comparison is not possible. The organisation is working on the issue of online safety is a number of countries worldwide, including Zambia and Kenya – and there is some recent data available.

A soon-to-be published exploratory study of digital use among 500 Zambian children and youth showed that on average 17% of girls surveyed have been asked by someone to send a photo of themselves in which they are not fully dressed, and 18 % of respondents said that they themselves had sent an offensive or mean photo or message to someone else via mobile phone or computer. The most commonly reported type of negative experience was receiving messages on their mobile phone which were nasty and hurt their feelings.

To help quantify the situation and gain perspective, the Organisation points to a comprehensive study conducted in Europe, called EU Kids Online Study, which outlines three ways of looking at- and classifying online risks for children. This is based on whether the child is a participant, receiver or actor – all of which require different interventions.

With an increasing number of reports surfacing of incidents across Africa, it is not surprising that the situation has caught the attention of high profile industry groups.

Under the Chile Online Protection (COP) Initiative, the International Telecommunication Union (ITU) has established an international collaborative network for action to promote the online protection of children worldwide by providing guidance on safe online behaviour in conjunction with other UN organizations and partners.

As part of this endeavour, ITU is partnering with the African Child Online Protection Education & Awareness Centre (ACOPEA) to run a pilot exercise in training community activists and others in key safety messages and tools.

The ACOPEA programmes and educational resources, in line with the scope and objective of the COP Initiative, will promote smart, safe and responsible use of digital technologies.

In particular, one of the expected outcomes of the project is to conduct awareness and training sessions in 25 schools in partnership with educators/teachers.

Facebook is supporting this pilot initiative financially, in partnership with ITU and ACOPEA. All three parties have a strong interest in digital empowerment and in ensuring a safe and secure online experience for children and young people in Africa.

The pilot will principally focus on Ethiopia, although the parties have ambitions for it to lead to the development of Africa-wide education and awareness activities on the importance of child online safety.

The project should enable ITU and its international partners to reach out to all stakeholders, to better understand the issues and mobilise support for sustainable pan-African Child Online Protection.

Unicef representatives have stated, “For parents and caregivers can adopt a number of measures or strategies to minimize their children’s exposure to online risk, but the appropriateness and effectiveness of these all depend on the age and capacity of the child. Technological measures, like filters, are usually less effective with older children who, or are unlikely to address the problem if this one of online bullying or harassment. Good communication about a child’s online activities can have a positive impact – the National School Violence Study found that children who regularly spoke with their parents or caregivers about the people they met online were significantly more likely to tell their parents when they were making plans to meet with online-only friends offline.”