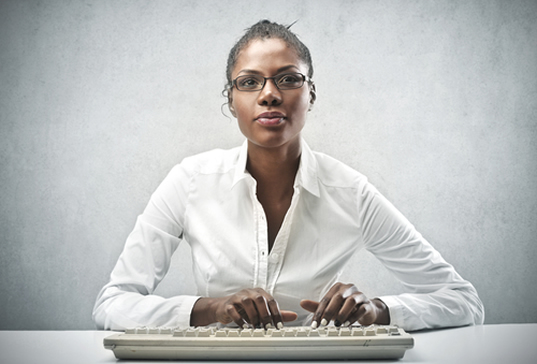 Technology touches the lives of many throughout Africa, widely accepted as having the second fastest growing mobile market. Keeping ahead of innovation has allowed many to overcome distance and stay in contact with relatives, to consult mobile solutions and source valuable information for their jobs and, yes, venture into the market by establishing a sustainable startup companies and technology-focused businesses.

Today, we take a look at several major technology trends shaping the lives of Africans.

The concept of mobile money, a service which allows users to perform micro-financing and transfer money from their mobile device, has been adopted across the continent. The most notable mobile money product, M-Pesa, is a branchless banking service, run by both Safaricom in Kenya and Vodacom Tanzania. The ‘M’ stands for mobile, while ‘Pesa’ is the Swahili word for money.

One of the key advantages mobile money offers users is the ability to send money to people – whether these recipients have banking accounts or not. It has found value and application in rural areas, particularly where access to traditional banks is limited. Online research shows that M-Pesa is currently the most developed mobile payment system in the world.

“It’s not that m-money initiatives in other developing countries have failed: there are an estimated 250m users of m-money services in emerging markets.  Just that they have not – yet – succeeded on anything like the scale of M-Pesa, with Kenya accounting for 30% of all emerging market m-money transactions in 2011,” wrote ICTs for Development.

With the landing of the various undersea cables, such as EASSy and Seacom, the continent has safeguarded a much-needed boost in internet connectivity. These cables provide access to parts of the continent that were previously unreachable by traditional means. But that has changed- and the internet has empowered Africans with the knowledge to begin and sustain their own online ventures.

“While predicting the future is hard to do, it’s indubitable that the Internet and mobile technology will improve the lives of many Africans in the years to come,” said tech expert Rudy de Waele.

In addition to undersea cable infrastructure, countries throughout Africa have actively pursued the rollout of infrastructure upgrades and thereby allowed more people to connect to the internet. Although some countries have yet to advance,  most have embarked on a journey of infrastructure development and leverage off the benefits of being part of an ever-connected world. The upgrades also mean new technology, something that would not have happened were it not for the global drive towards greater connectivity.

“A huge potential exists for African countries that take concerted efforts in building the requisite infrastructure and advanced skills in software engineering, project management, networking and creating an enabling legal and regulatory environment including laws for online transactions. Egypt, Mauritius, Morocco, South Africa and Tunisia have already tapped into the ITES market, the potential exists for increased employment and improved innovation in other countries,” said African Development Bank (AfDB) in a report.

Although some people would not immediately associate solar power with ground-breaking technology, it is actually vital to the power-generation strategies in many parts of Africa.  In Kenya alone 150 antennas are powered by solar energy. Samsung has also rolled out classrooms that are entirely powered the same way, with solar used to provide power to computers and access to the internet. Despite the lingering infrastructure challenges that lie ahead for the continent, solar power has already been employed to power up appliances and will, no doubt, shape the continent – especially in rural areas.

“In Kenya, 150 antennas are powered by solar and wind powered towers; so, despite challenges of scale that lie ahead, green power solutions will be a big opportunity in future development,” said tech expert Rudy de Waele.

Massive strides have been made in terms of m-Health, or mobile health, as doctors, patients and innovators strive to produce better services and dispense advice through the use of mobile phones. Imagine a continent where patient records and medical advice can be accessed with little effort through m-Health applications. Patients can receive medial information (covering availability and acceess)  via mobile phones. However, m-Health does not only span mobile phones, it incorporates traditional medical devices that have been crafted into smaller packages. These mobile units can be carried by doctors into rural areas offering millions of citizens immediate access to medical equipment and care,  something for which people would have had to travel for days to acquire.

While mobile phones such as the Samsung Galaxy S4 and the Apple iPhone 5 are popular in countries like South Africa, Egypt and Kenya, rural communities are not entirely interested in smartphone features – simply because they are entirely out of their reach. However, cheaper mobile phones will certainly shape the continent. Users are spoilt for choice in terms of mobile phones – and the environment will become more competitive with manufacturers looking to push out lower-priced phones with greater functionality.

“(There is) a blurring boundary between the smart and feature phone: more features, lower cost/cost-effective smartphones. And devices will be made in Africa, a trend that is already starting with Nigerian companies manufacturing Android based tablets,” said Will Mworia, Founder of Afrinnovator.

There is no doubt that Africa is fast becoming a signficant competitor in terms of technological innovation. South Africa and Kenya are home to innovation centres, a breeding-ground for the advancement of locally developed technology and home-grown solutions to domestic challenges – and even the development of apps that help the local communities. The main purpose of incubators is to support the formation and sustainability of startup businesses, run by those wanting to get a firm grip on the growing market. ICT is a high growth sector and has elevated the role of business incubators who have much-needed resources that start-ups require.

“Africa takes hold of its own communications future: local talent shines through and the continent becomes a leading innovator, manufacturer and exporter of cutting-edge, energy-efficient, eco-friendly communication devices and systems not only throughout the continent, but to the rest of the world,” commented Ken Banks, Founder of Kiwanja.

Research indicates that a number of seed funds and venture capital firms have been established, both locally and by companies abroad, to contribute towards Africa’s burgeoning ICT market. Examples are the Savannah Fund, launched in Nairobi with the intention to create and sustain a ‘Silicon Valley-style accelerator model for East Africa, as well as Zimbabwe’s Matamba Anonaka Technology Holdings. Intel Capital, Intel Corporation’s global investment arm, recently announced a tech co-investment initiative with Adlevo Capital Managers into Ghana-based Rancard Solutions. As various African nations receive funding from international partners, it will drive the need to develop solutions to local problems, and in many cases the ideas and innovations are already there – it is simply a matter of accessing funds.

“There are significant opportunities for any company. If one looks at the population dynamics, consumers and the youth make up a huge portion of that, and let’s not forget about the enterprise. Data centres are becoming increasingly important. There are big challenges with power and education. This is particularly topical,” commented Sven Jochen Beckmann, Territory Manager for South and Sub Saharan Africa, Intel Corporation.

As mentioned under Infrastructure and Undersea cables, the internet and access thereof will play (and has played) a huge role in shaping Africa. Long Term Evolution (LTE) has moved from concept stage to actual rollout across the continent. It is advancement on previous wireless technology standards including GSM/EDGE, HSDPA and HSDPA+, and has been developed and rolled out to consumers to enhance network speeds and throughput on communication. LTE is acknowledged to be an evolutionary technology and latest standard within the development of global wireless mobile broadband communication.

“While users across the continent still need to orientate themselves in terms of the real advantages LTE promises, an air of expectation and anticipation prevails – and the ball is now effectively in Africa’s court,” said IT News Africa’s editor Chris Tredger.

6 Tools that Will Make Human Resource Tasks Much Easier