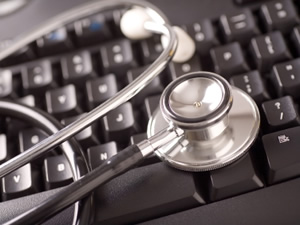 It is not an altruistic endeavor however, as both companies hope the move will see their profit margins increase, after prices wars have devastated the countries telecom sector in recent months.

This new battle has analysts worried that it could quickly become a heated struggle between companies if efforts are not made to ensure price wars on e-health services do not begin.

Khalil Juwalli, a Mombasa-based telecom expert, said that the government “should be an interlocutor that makes certain customers do not suffer from any battles that take place between companies.”

He added that with voice earnings dropping as a result of the price cuts companies have made, “there needs to be assurances that we don’t see more of the same with e-health, despite the massive optimism it is bringing to the table.”

According to Safaricom and Telkom Kenya, much of the focus will initially be on rural areas in the country through the virtual clinics, which they said would bring in “modest” consultation fees.

Safaricom said in a press release this week that they would soon roll out the service that would enable patients’ access to medical services without hindrance and at affordable rates.

Being called Health Presence, this new product will give “a small clinic stationed in digital villages, where patients can consult doctors through video conferencing facilities.”

Telkom Kenya has also announced a similar product for a text-based and call-in medical service through France Telecom’s Orange Healthcare.

CEO Mickael Ghossein said the company expects “one million of its customers to use the tele-health service by the end of the first year.”