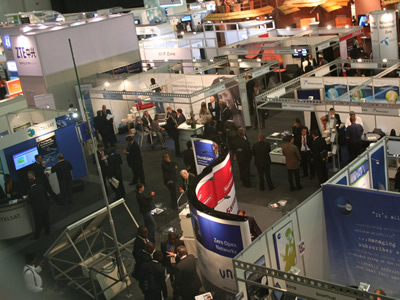 The 7th annual East Africa Com conference opened yesterday in Nairobi, bringing together more than 700 thought leaders in the telecommunications industry from the East African region.

The opening keynote session covered strategies for true triple play, and included presentations from leading fixed line operator Orange Telecom Kenya (represented by CEO Mickael Ghossein) and regional player Wananchi Group (Group CEO Richard Bell). In telecommunications, the term “triple play” refers to provisioning two bandwidth-intensive services (such as high-speed internet, or television) and a less bandwidth-demanding (but more latency-sensitive) service, such as telephone, over a single broadband connection. They dissected the barriers facing triple play and made statements on what a truly converged operator needs to provide to customers. From their presentations emerged a clear sense that in the future FTTH (Fiber To The Home) is necessary for East Africans to enjoy real quality of service, and to meet consumer demand for data.

This led into a discussion around networks’ capacity in the region and how East African operators, fixed and wireless, can ensure that markets where submarine cables have landed in the last couple of years can benefit the cities and towns inland. Going forward it will be important for operators to decide upon their strategy about sharing networks to lower CAPEX – Jamii Telecommunications’ Executive Director of Strategy, Cyrus Sang, emphasised that this is a good plan for certain infrastructure, but must be considered carefully with other areas of business. CEO of Zantel, Tanzania Norman Moyo explained that there must also be careful dealings between telcos and the government to ensure that networks are built as quickly and efficiently as possible, that way all of the economy can benefit.

The afternoon sessions looked at mobile broadband and value-added services strategies, with many detailed and well attended presentations from more operators, academics and stakeholders in the region.

In addition to the debates in the conference, participants have been enjoying the unmatched networking opportunities. “East Africa Com is not only a place to learn from all different segments of the market,” says Henry Njoroge, Marketing Director at Airtel Africa; “it is also a great opportunity to share in depth discussions with peers from across the ecosystem and network and drive business ideas forward”.